Hrithik Roshan and Rakesh Roshan to begin work on Krrish 4 in June -Exclusive! 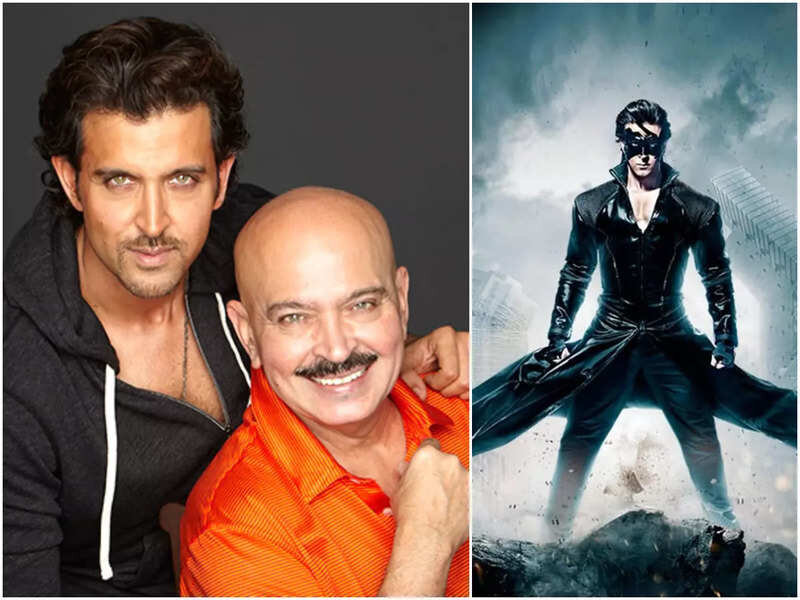 Hrithik Roshan is currently busy shooting for Vikram Vedha with Saif Ali Khan, but his father Rakesh Roshan has already begun planning for the next sequel in the Krrish franchise, which will go on floor next year.
A source close to the production revealed to ETimes, “The preparation on Krrish 4, including casting of the film, will begin in June this year.” The sources also revealed that the Roshans haven’t yet decided on who will play the leading lady in the film.
Hrithik, will first finish the shoot of Vikram Vedha and then start shooting for Fighter with Deepika Padukone in August this year. The schedule for Fighter is said to be for a 100-days straight, so that film will be completed by the end of 2022. According to reports Fighter will release on September 28, 2023.
Needless to say, it’s clear that the fourth film in the Krrish franchise will only begin next year, since this is a superhero film, which will obviously feature heavy CGI and action sequences, a lot of in-depth planning and organizing will go in to production schedule.
Rakesh Roshan has stated in the past that Krrish 4 will be a huge film and that it made sense to make the film and plan for its release only after the pandemic would get over, because the business prospects of such a project is very important, too.