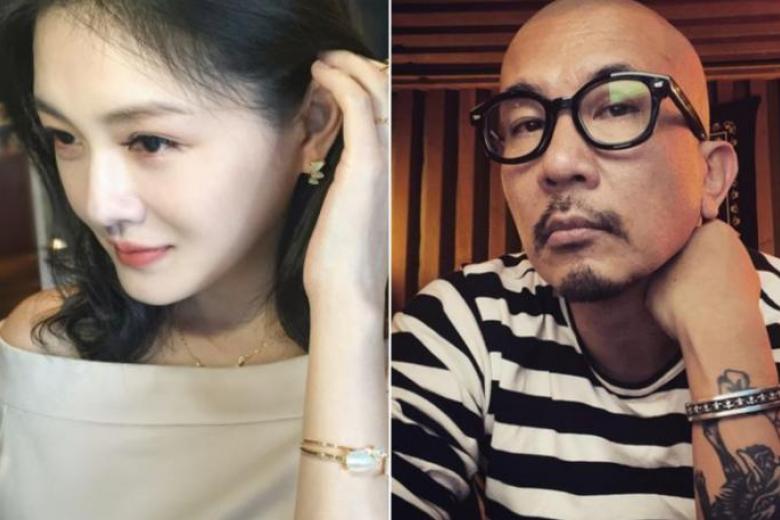 News of the surprise wedding broke on Tuesday (March 8) and her new husband, whose real name is Koo Jun-yup, immediately flew to Taipei the next day.

They have not seen each other for more than 20 years and had reportedly dated in secret for a year before breaking up in 1999.

Koo, who is currently serving a 10-day quarantine in a hotel, spoke to South Korean media before flying.

He explained that he had not been able to visit Taiwan before they were married due to pandemic restrictions  and that he now had a special spousal visa.

Their reunion has been likened to the plot of a romantic comedy, as Koo, 52, had dug up the old phone number of Hsu, 45, after learning of her divorce in November 2021.

Hsu, also known as Big S, split up from her first husband, Chinese businessman Wang Xiaofei, after 10 years of marriage. They have a seven-year-old daughter and a five-year-old son.

Even Hsu’s mother was reportedly kept in the dark about the marriage and was said to be so angry that she refused to speak to her daughter or meet her new son-in-law.

Their mother was reportedly mollified by Koo’s speedy arrival in Taipei and had agreed to meet him after his quarantine.

He is said to plan to stay in Taiwan for two months, after which he and his new wife will travel to South Korea. It has not been confirmed if her children will travel with her.

Like Loading...
previousAamir Khan reveals Kiran Rao and he separated ‘to give respect to the institution of marriage; talks about his cordial equation with ex-wives
nextCritics Choice Awards 2022: Will Smith, Jessica Chastain, Lee Jung-jae of Squid Game, and others take home the trophy – Check out the full winners list
%d bloggers like this: