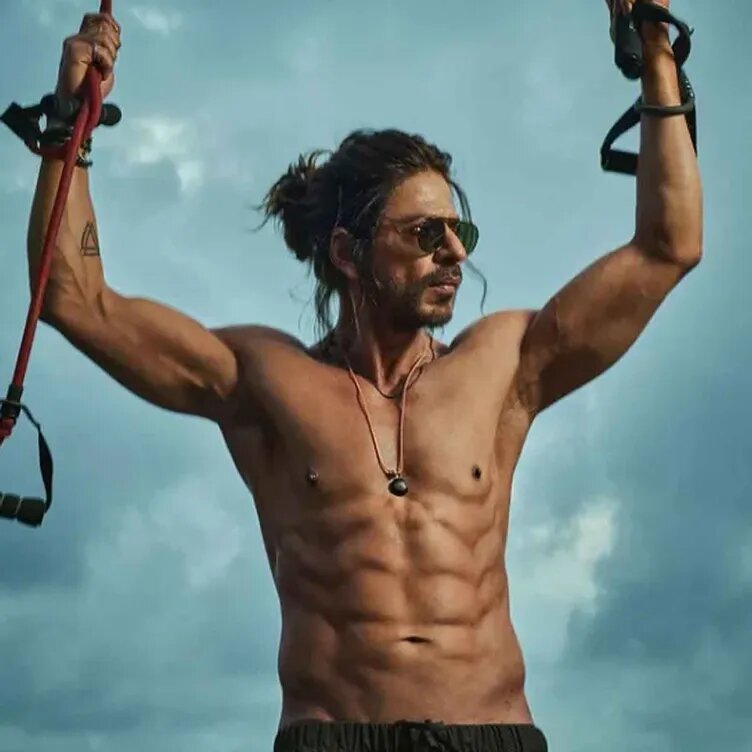 Shah Rukh Khan is finally back in action and his fans couldn’t be any less happy. The superstar, who was last seen in 2018 released Zero, is set to make his comeback on the big screen with Siddharth Anand’s Pathaan and is currently busy shooting for the same. In fact, several pics from the Pathaan sets had even surfaced on the internet which got the fans excited for the movie. And now, Shah Rukh Khan has taken social media by storm today as he has dropped another pic flaunting his Pathaan look.

Taking to his Instagram account, Shah Rukh shared a shirtless pic of himself wherein he was hanging with two ropes. He was boasting long hair with a stubble look and had completed his look with trendy sunglasses and track pants. In fact, Shah Rukh was raising the temperature as he was flaunting his perfectly ripped abs. In the caption, the superstar wrote, “Shah Rukh agar thoda Rukh bhi gaya toh Pathaan ko kaise rokoge.. Apps aur Abs sab bana dalunga….” His new pic has certainly got excited about Pathaan.

Like Loading...
previous‘I Should Leave This Line Of Work’ – Nauman Ijaz Shares His Acting Pre-Rituals & Working Habits
nextEXCLUSIVE: Yash fans set to screen KGF 2 trailer at 20 locations, including the Mysore railway station
%d bloggers like this: