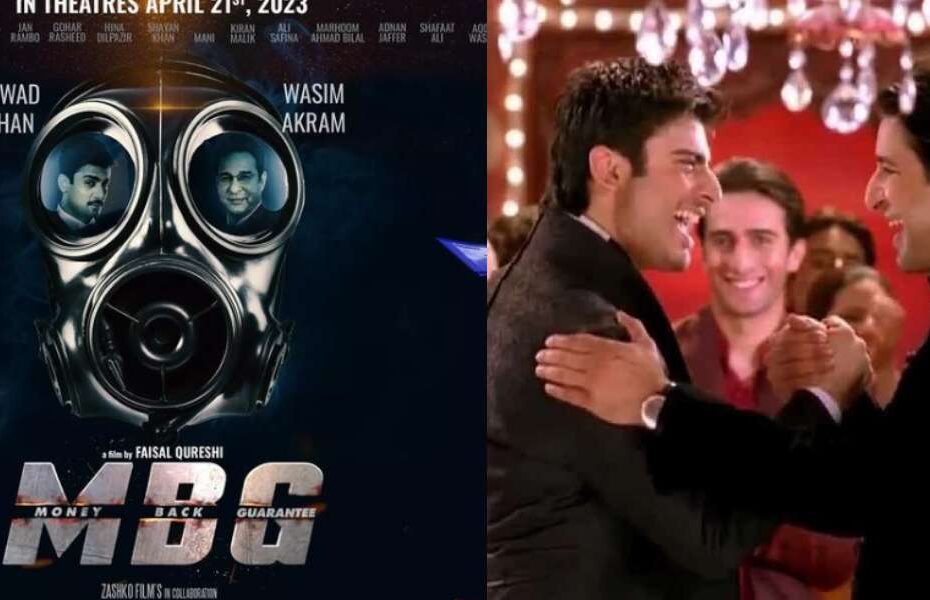 The Pakistani film industry looks like moving up ahead and releasing teaser posters of upcoming films. With the recent big announcement, Faysal Qureshi one of the most prominent names in the Pakistan entertainment industry has about to make his debut as a director.

Yes, you heard it right Faysal Qureshi is coming in a directorial avatar in his upcoming film Money Back Guarantee (MGB). It’s a much-awaited film and people were dying to see Fawad Khan and debutants, Wasim Akram and Shaniera Akram.

The film has got a release date, as Faysal Qureshi took to his Instagram and shared the big news with his fans.

Apart from Fawad Khan who’s upcoming blockbuster The Legend of Maula Jatt also got the release date and heading to the cinema soon.

The makers have not revealed any details regarding the film and kept it as a secret from the fans. Wasim Akram has a small, but important role as plays a nemesis to Fawad’s hero.

One interesting thing we got to know is that the plot takes you to the bank robbery and there’s no love interest in the film.

“There are other important cameos to speak of — for instance, George Fulton, senior actor Mustafa Qureshi, and wheelchair-bound artist and activist Muniba Mazari. Mimicry artist Shafaat Ali is also part of the ensemble,” added the outlet.

My days on set included a sprained ankle, a bathroom lock-in, a painful tetanus shot, and sleepless nights, loads of chips, and language barriers to the next level, a romantic moment, and an unforgettable chandelier stunt that gave me an out-of-body experience.

Do you think I should get a money-back guarantee? What an amazing experience working with the great Faisal Qureshi, and such an awesome cast!” she captioned her Instagram post.

previousGlobal Stars Acknowledge Tragedy & Joining Hands For Pakistan Amid Floods
nextNadia Jamil Calls Out NADRA On Social Media For Delaying Her Daughter’s Medical Visa Paperwork
We use cookies on our website to give you the most relevant experience by remembering your preferences and repeat visits. By clicking “Accept All”, you consent to the use of ALL the cookies. However, you may visit "Cookie Settings" to provide a controlled consent.
Cookie SettingsAccept All
Manage consent