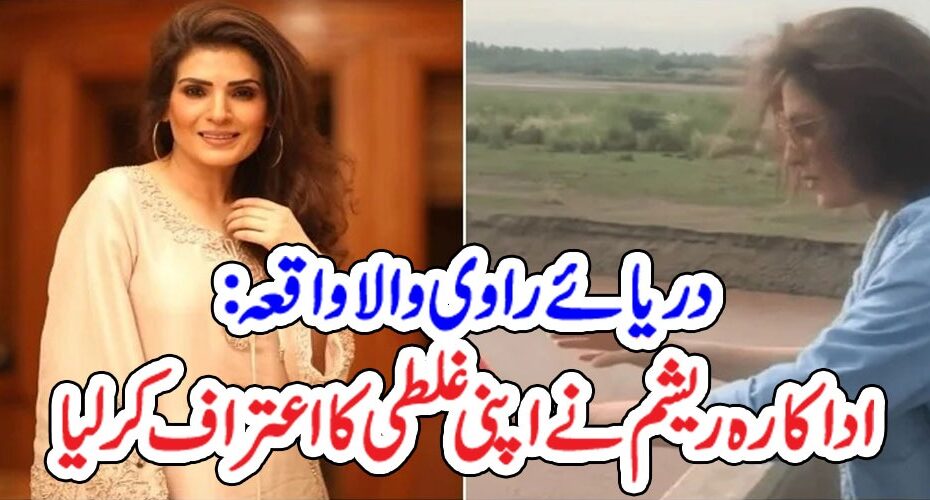 Lahore (Web Desk) Actress Resham apologized after admitting the mistake of throwing bags in Ravi river. Earlier, she said that we are human and everyone makes mistakes, it is not a big deal that people are criticizing so much. Yes, they don’t care about anyone’s criticism

Along with throwing food for fishes in the river, bags were also thrown. It should be clear that the public criticized them on social media for throwing bags in the river.

previousThe matter has taken a wrong turn!!! Indian actress Urushi Rotila also released an important message
nextMy son and I are Pakistanis. Jemima Khan’s unique statement came out
We use cookies on our website to give you the most relevant experience by remembering your preferences and repeat visits. By clicking “Accept All”, you consent to the use of ALL the cookies. However, you may visit "Cookie Settings" to provide a controlled consent.
Cookie SettingsAccept All
Manage consent