Why Bollywood actor Bobby Deol is grateful to Pakistani woman Manal Fahim? You too will be surprised to know 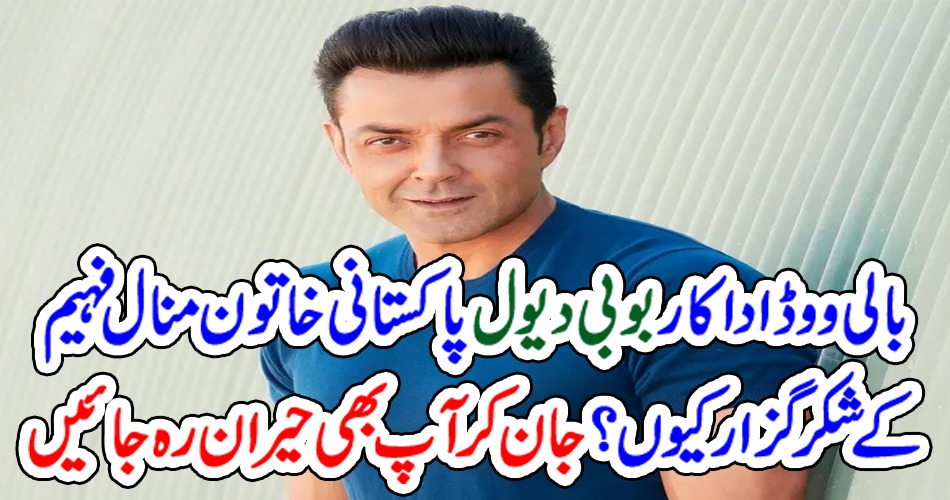 Twitter, I need your help. It’s Bobby Deol’s birthday on 27th Jan & I celebrate it every year. This year, I wish to hear from the man himself so that he knows that a random girl in Pakistan marks her calendar on the 27th of Jan ever year. Also, HAPPY BIRTHDAY thedeol 3 pic.twitter.com/1Vo6Vkit3p