Egyptian citizen helps Indian woman in the name of King Khan! What gift did Shah Rukh Khan give to this person in return? 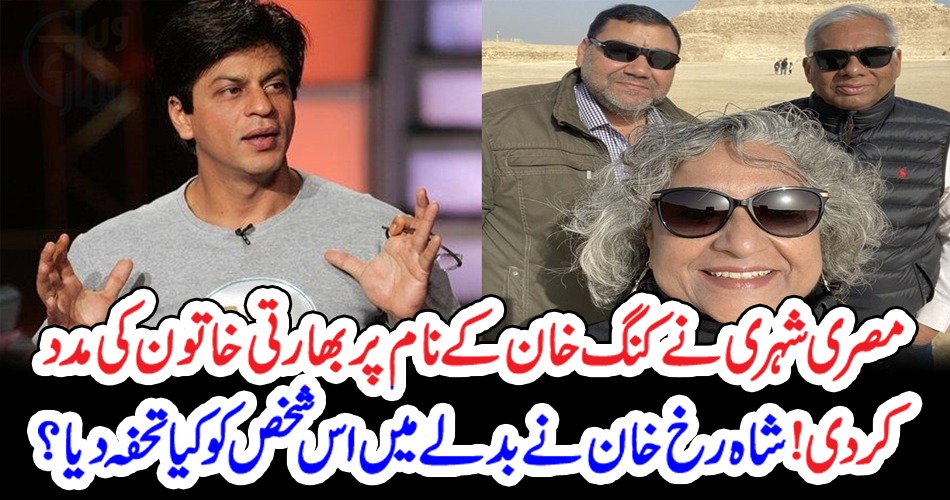 Mumbai (Web Desk) Bollywood actor Shah Rukh Khan is often talked about on social media because of his acting as well as his actions. In this news we will tell you about this. Shah Rukh Khan is once again social They have become the adornment of media news including media. In fact, something like the Indian state

Ashwini Deshpande, a professor at Ashoka University in Haryana, was having problems booking tickets in Egypt. I am from, so they told me that you are from Shah Rukh Khan’s country, I will do your job, you can pay the money later. You are from Shah Rukh Khan’s country, I can do anything for Shah Rukh Khan I can. The professor was not only happy to hear this but also uploaded the story on social media. As soon as the news reached Shah Rukh Khan, the action taken by King Khan in this regard won the hearts of all. Shah Rukh Khan sent his autograph and some written letters to the Egyptian agent, his daughter and the professor. Not only the Egyptian agent was happy to see this but also the fans expressed their happiness.

Like Loading...
Tags:egyptianhelpsIndianReturn
previous“Even if you slap me, I will not say anything.” What happened when Faisal Qureshi gave this answer to Noman Ijaz?
nextDo you know who ‘Azan Sami’ is married to? Learn some interesting facts about their family and children
%d bloggers like this: