“The marriage took place at the age of 17 and …” How did the death of his mother change Zaranish Khan? Who is her husband? 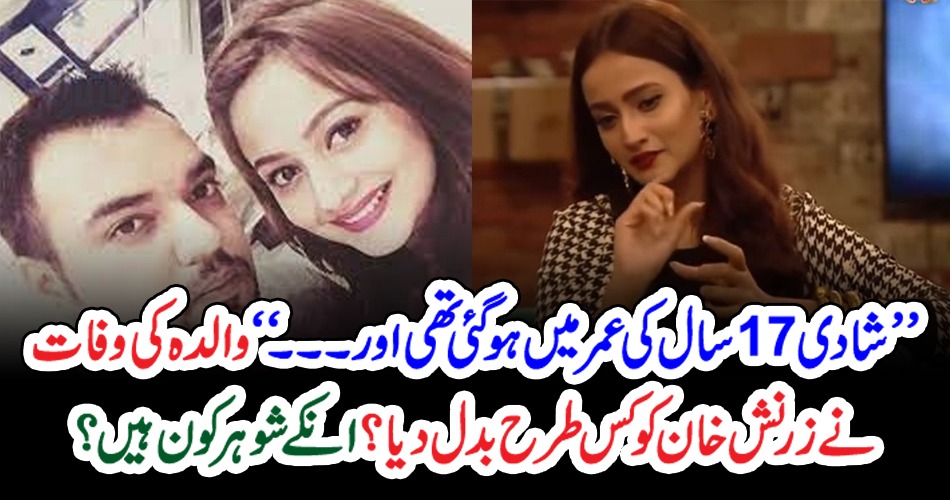 Lahore (News Desk) Pakistani fans are often known for their acting as well as their interesting style. There are some who remember their past. In this news we will tell you about one such actress.

Actress Zarnish Khan is one of the actresses who have succeeded in making their place in a very short time. Born in Karachi on August 16, 1993, Zarnish Khan played the role of his father-in-law Meera, who became his identity. Zarnish has two more sisters and a brother. Zaranish Khan’s mother died in 2015 when she received the Best Actress award. Zaranish belongs to a Pathan family and we all know that just as a nation has cultural and social boundaries, so does the Pathan nation. There are also cultural and social boundaries, but Zarnish’s father not only supported her at every opportunity but also appreciated her daughter’s step at every opportunity. Talking to Samina Pirzada’s show, Zaranesh said, “I have always prayed that nothing will happen to my parents, but the death of my mother.” There was a time that broke me. But my father and sisters helped me to recover, and explained that I had come to leave this world. When I explained, a thought came to my mind which gave me a chance to give thanks. She had a happy smile on her face when she died. After that I am a completely different person. Very few people know that Zaranish Khan got married at the age of 17. Zarnish’s husband and Zarnish have known each other since childhood. Zaranesh is living in Dubai with her husband. She says that she is married and living in Dubai with her husband. Fortunately, my family is very supportive. I have tried different professions since my childhood, but every six months the profession changes. She says that both her husband and father are very supportive.