Why did you enter the showbiz industry? Actress Sonia Nafzdar has made an incredible revelation 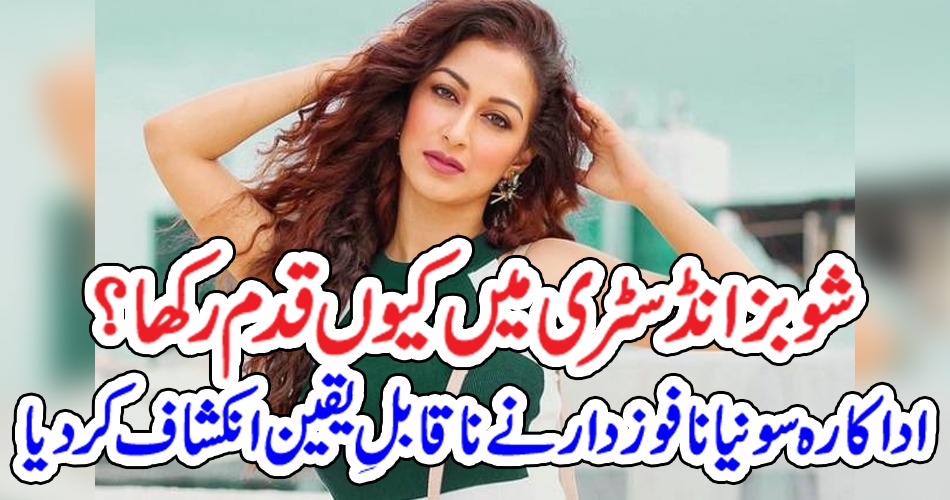 Mumbai (News Desk) – Actress Sonia Nafuzdar has revealed for the first time about her acting career, saying that she started acting for money but later fell in love with acting. “I started modeling in my college days,” she said

Later I worked in some movies and then I worked in television. In those days my focus was on making more money than acting because I needed money, but later I realized that I love acting. That’s the decent thing to do, and it should end there. It’s all about love. I’m glad I didn’t lose my temper during the struggle, it was very difficult to start working in college days, because I couldn’t spend time with my friends, I couldn’t go out with them, if I left class She would drop out of class to shoot, not to spend time with friends. The actress says, “You always have to be ready to be rejected. I have been rejected many times but I feel that being rejected like this would have made me work harder. I got all these people’s ideas wrong. Proved the people who thought for me. I think the industry makes you strong. “I have no problem talking about my private life but I do not like to post my life on social media. I am a little shy in this regard. I don’t want to upload it to the media. She said that my husband is very lucky for me. After marrying him, I started getting good jobs.

Like Loading...
Tags:EnterincrediblenafzdarSonia
previous“The marriage took place at the age of 17 and …” How did the death of his mother change Zaranish Khan? Who is her husband?
nextWhich of these two is the real Aishwarya Rai? The Pakistani girl also confused the fans, you will not be able to decide by looking at the pictures
%d bloggers like this: