“He proved that he is a decent man” Atif Aslam’s picture with Imam Beg, what did social media users see? 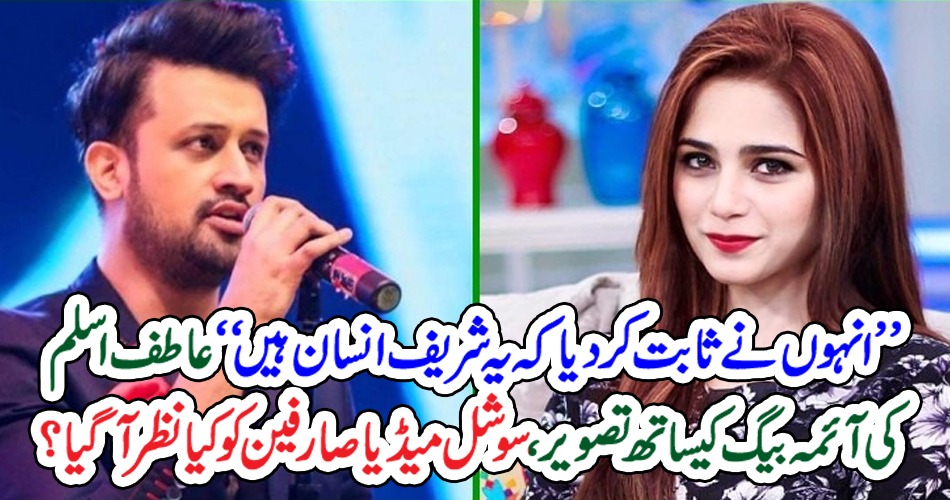 Karachi (News Desk) Famous Pakistani singer Atif Aslam has once again won the hearts of his fans and this time the reason is a picture taken with Aima Baig at the opening ceremony of PSL yesterday.

According to the details, a picture of Atif Aslam and Aima Baig in the opening ceremony of the 7th edition of PSL held on social media yesterday is going viral, which has impressed the fans of Atif Aslam immensely. 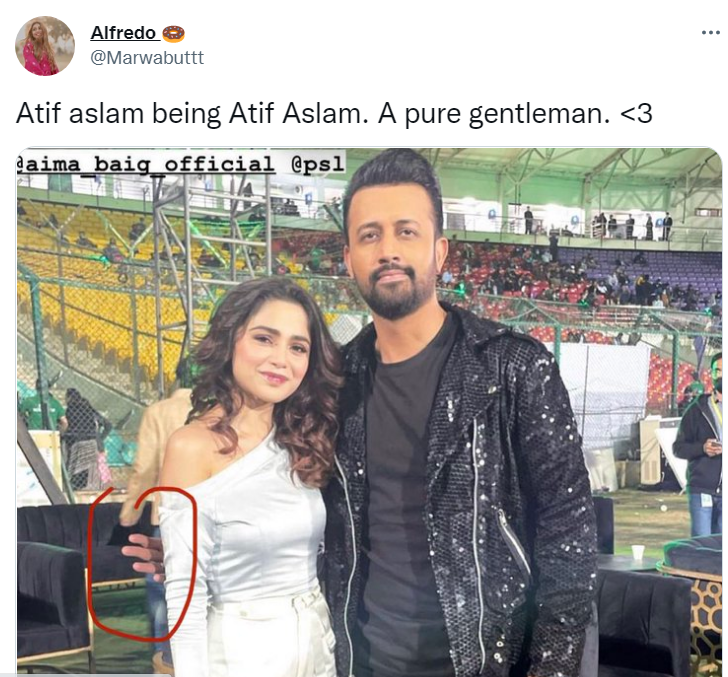 During the event, Atif Aslam posed for a photo with Aima Baig and refrained from placing his hand behind the singer’s back, which was immediately noticed by the eyes of social media users and only then did the photo appear on the internet like wildfire. Has spread and Atif Aslam’s fans are praising him. 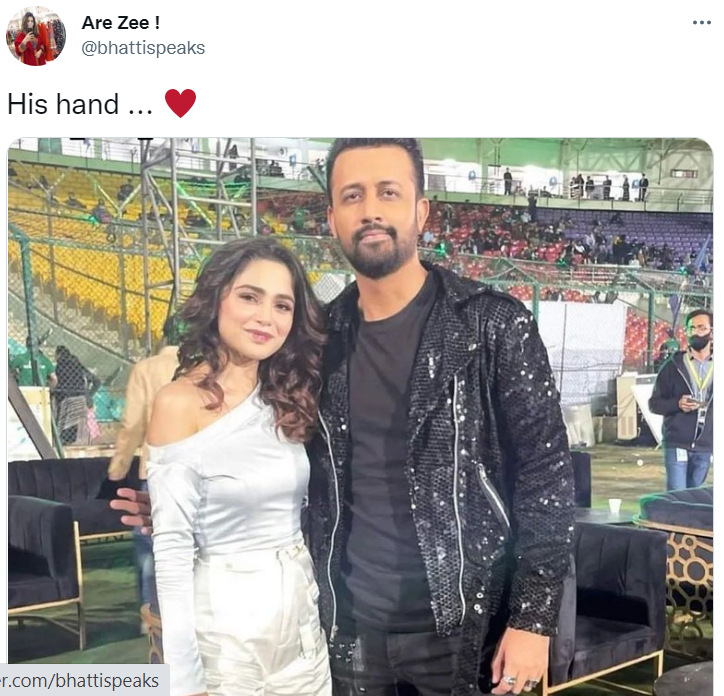