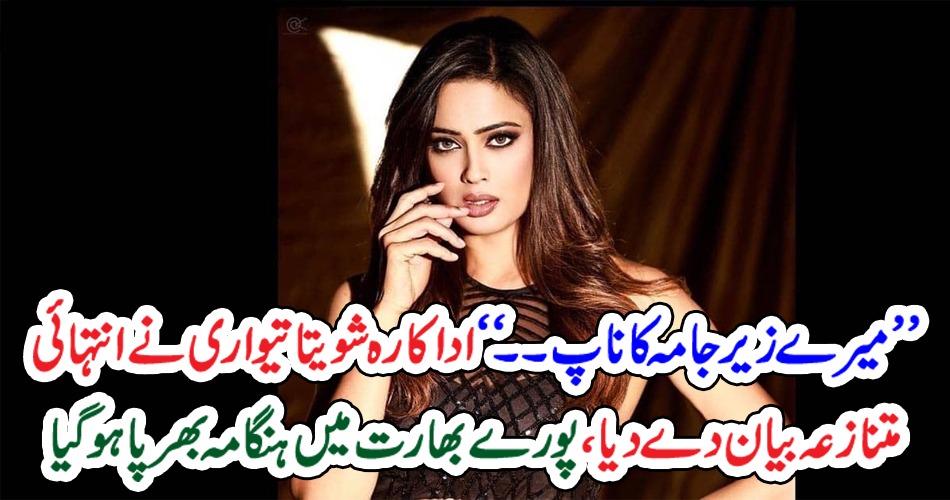 Mumbai (News Desk) – Indian actress Shweta Tiwari has recently made a humorous statement about God which has created a new controversy for the actress. According to Indian media, actress Shweta who is coming to Bhopal to promote her new web series. Tiwari got into trouble over her statement

He said in a humorous way that God is taking the measure of my underwear. So the actress said this in a humorous way but this statement has created a new controversy for Shweta Tiwari. Regarding the statement of the actress, the Minister of Madhya Pradesh Interior Minister Narotam Mishra came forward and directed the police to investigate the statement and submit a report within 24 hours. It is believed that Shweta Tiwari will be seen in the lead role in a web series shot in Bhopal, and Regarding the promotion of the series, she was present in Bhopal where her statement caused a new controversy. May lead to legal action against