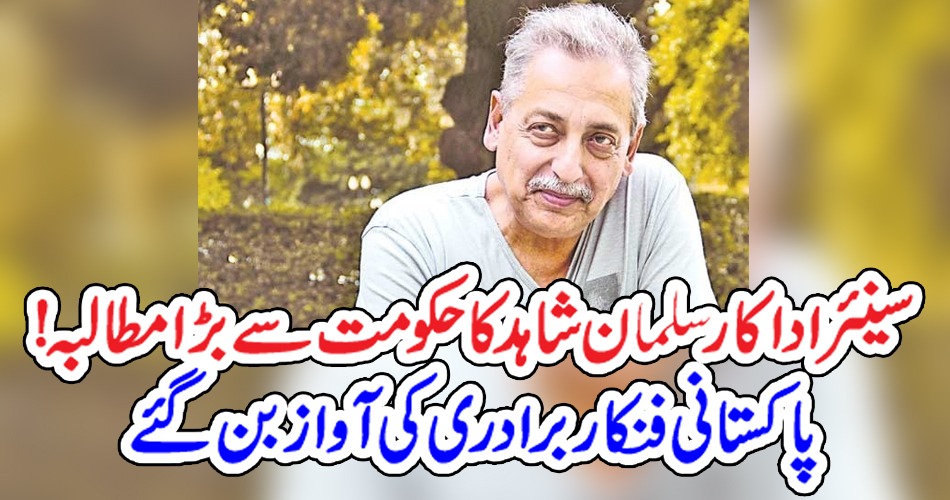 Lahore (News Desk) Senior actor Salman Shahid said that his personality has to change with time with regard to characters in serials. Explaining the main reason for the decline of comedy in the industry, he said that there are many comedians but they are paid. There is no one to give. Senior actor Salman talking in program G Sarkar

Shahid said that due to the demise of TV screens, the main reason for the sitcom is the increase in industry and commercials. He said that there are many comedians but there is no one to compensate them. But due to this, theater is not considered as a work in Pakistan. Referring to the film industry, Salman Shahid said that this industry should be declared tax free so that it is more convenient to bring a better image of the country. ۔ PTI leader Sania Kamran who participated in the program said that if I am in PTI then I am on merit and I have been a part of PTI for 12 years because we have broken the traditions of the past but it is difficult to explain to the people. In reply, Sania Kamran said that Ehsas Program, Kisan Card, Health Card, Zainab Bill and record legislation in the Assembly, increase in exports are our major achievements while we call film industry as film industry but it has to become an industry. Member Punjab Assembly Sania Kamran said that there was a time when Pakistan became a polio free country but due to negligence this disease has re-emerged but due to the efforts of our government this disease. She is dying once again.