Good news for Alia Bhatt fans !! The actress made a big announcement 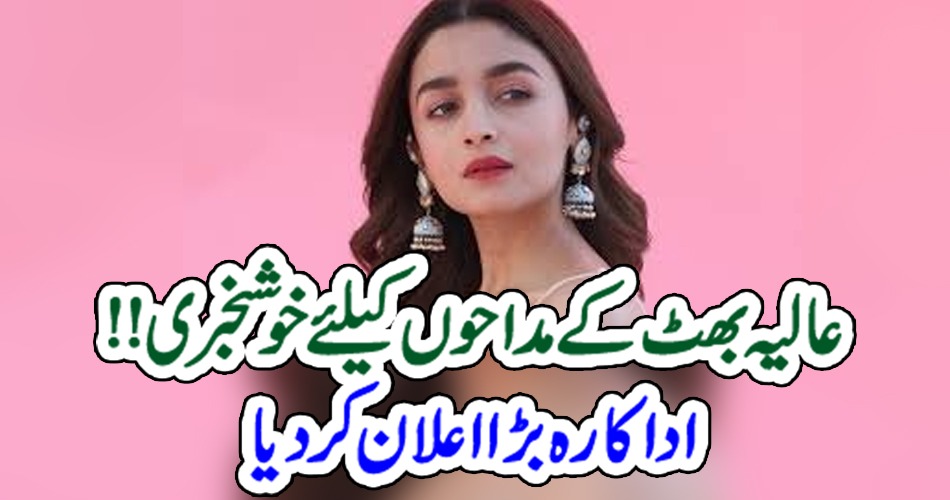 Mumbai (Web Desk) Leading Bollywood actress Alia Bhatt has given good news to her fans and announced the release date of the new film ‘Gangubai Kathiwari’. He has shared some beautiful photos of himself on the photowind video sharing app Instagram.

While sharing the photo, he wrote, “Look, the moon has come, the moon has appeared. Gangu is also coming on February 25.” It is to be noted that this film of actress Alia Bhatt was supposed to be released in July 2021 but it was delayed due to the global epidemic Corona virus. However, now a new release date of this film has been announced.

Like Loading...
Tags:Bhatt
previous“Shame on you” Amna Elias was once again criticized by social media users
nextI had to do this for the sake of my country !! Why did the Ukrainian model take such a drastic step in Dubai?
%d bloggers like this: