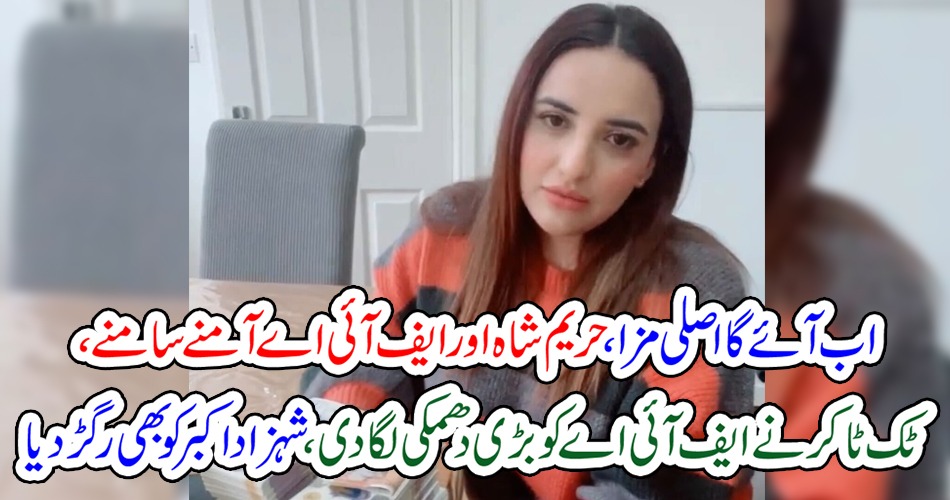 Hareem Shah said that the video related to money laundering was made in jest and I also admit my mistake. During the interview, Hareem Shah said that I am a risk taker, not to be feared, all my income is legal and the record is transparent, the job of our institutions is to protect us and not Tuck Tucker added that I do not have any account in the name of anyone else, Shahzad Akbar did his own disgrace, his letter about me was not given any importance by any institution here, followers of Shahzad Akbar now They also want my media trial. Hareem Shah said that I am being held in London, no British agency has contacted me, all my claims are with evidence, the purpose of the accusers is only to discredit me. It should be noted that the Federal Investigation Agency (FIA) investigating the money laundering against Pakistani Tak Takar Fiza Hussain alias Hareem Shah has informed the concerned authorities. He had written a letter to freeze Tuck Tucker’s bank accounts. It may be recalled that Hareem Shah had arrived in London a few days ago and made a video with bundles of foreign currency.