Legendary actor Amitabh Bachchan started to become the king of “corrupt currency” along with the film world! How much money did the actor earn? Shocking facts came to light 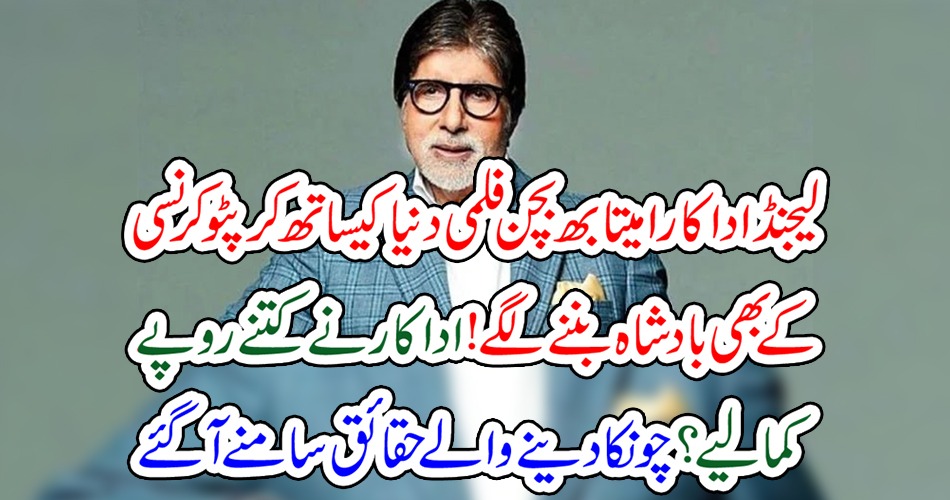 Lahore (Web Desk) Legendary Bollywood actor Amitabh Bachchan has been surpassing other actors for decades with his lively acting, but now he has gone all out to make money from digital currency crypto. According to Indian media reports, Amitabh Bachchan Earned more than one billion Indian rupees through corrupt currency.

According to reports, Amitabh along with his son Abhishek Bachchan invested more than Rs 1.5 crore in a Singapore company in 2015. However, within two and a half years, Amitabh and Abhishek earned Rs 1.12 billion. It should be noted that Amitabh Is considered one of the richest actors in Bollywood. He not only earns money through acting but also has many businesses. It may be recalled that some time ago, Amitabh’s name also appeared in the Panama Papers. In the Panama Papers, Amitabh Bachchan was mentioned as a director of Bulk Shipping Company Limited, Lady Shipping Limited, Treasure Shipping Limited and Tram Shipping Limited Company.

Like Loading...
Tags:becomecorruptLegendary
previousMarried women are fascinated! How can a marriage be made successful? Saima Noor told
nextPictures of actress Haba Bukhari and Ariz Ahmed on Honeymoon go viral! Records of popularity on social media were broken
%d bloggers like this: