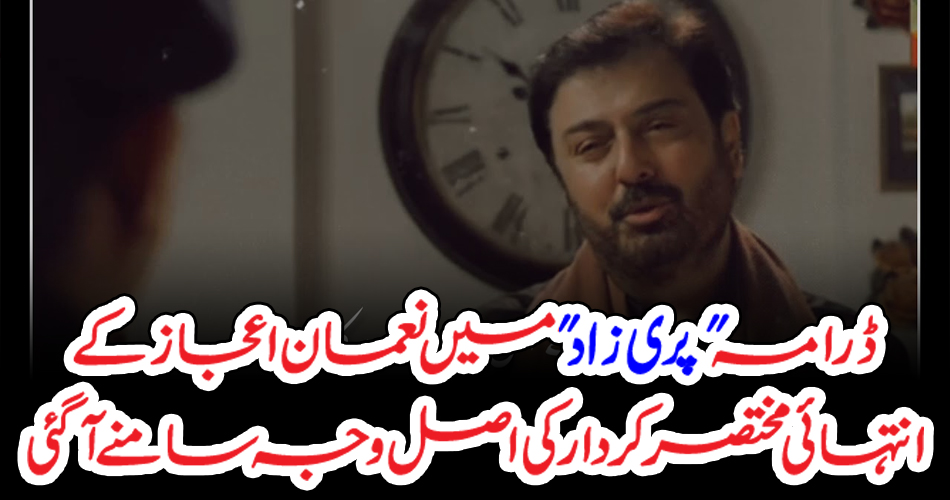 Lahore (News Desk) – The real reason behind the short role of Seth Behrooz Karim as the senior actor Noman Ijaz in the well-known drama Pree Zad has finally come to light. When asked about the production house, he said:

The more budget I had, the more work I could do in it, which is true. Was of the opinion that due to the influential role of Noman Ijaz, the role of Parizad was going into the background due to which the role of a set had to be limited but now Anuman Ijaz himself has given a possible reason that the lack of budget Due to the role was kept short.

Like Loading...
Tags:prizadShort
previousJaveria Abbasi Slammed For Sharing Birthday Pictures Of Her Daughter In A ‘Revealing Outfit’
nextCharming style of dancer girl Nora Fathi !! An anonymous man also appeared in the photos
%d bloggers like this: