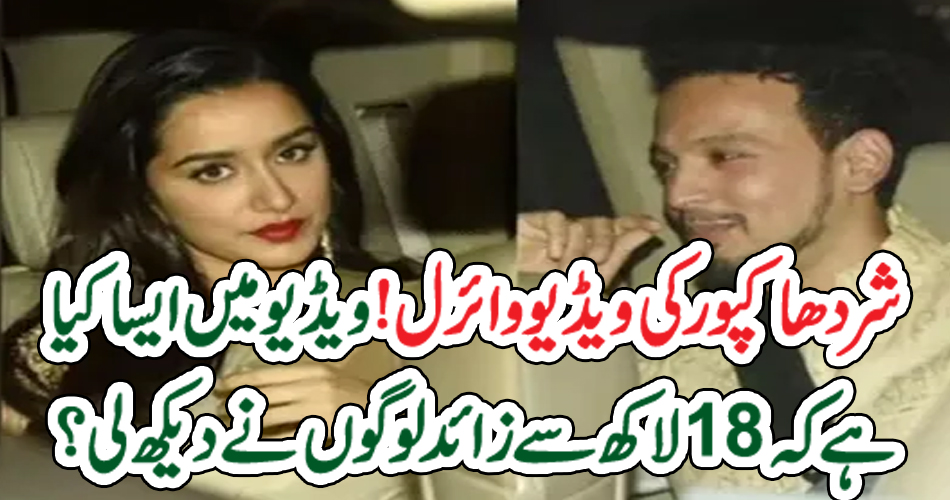 Mumbai (Web Desk) – Bollywood actress and Shakti Kapoor’s daughter Shardha Kapoor’s video of her traveling in a rickshaw has come to light. Sometimes they even do such a thing

Which is hard to imagine, but the fans are not surprised to see it. Recently, during his birthday celebrations, a video of Bollywood superstar Salman Khan riding a rickshaw came to light, in which he was seen driving a rickshaw outside his farmhouse. The video has surfaced which she has also shared on her Instagram account. Photos and videos sharing app Shardha Kapoor has shared a video of herself on Instagram in which she is seen traveling in an auto rickshaw with this rickshaw. An old song is also playing which she is enjoying very much. In the video it can be seen that Shardha Kapoor is wearing a black mask on her face while her shirt is also dressed in black and while traveling in a rickshaw she K’s hair is flying back to her face and eyes, meanwhile she is seen making a video from her mobile. In the caption of the video, Shardha wrote that how is your Sunday? Replying to this, he wrote that traveling in an auto rickshaw, blowing my hair in the wind and playing old songs. This video of Shardha Kapoor has been watched by more than 1.8 million people, while the video from fans Liked while a series of interesting comments on it.

Like Loading...
Tags:Millionshardha
previousThe FIA ​​government kept watching, Hareem Shah, who was having fun in London, got a big relief
nextThe actors who sang Imran Khan’s songs also started to leave slowly, why the actors are getting disappointed with Imran Khan ???
%d bloggers like this: