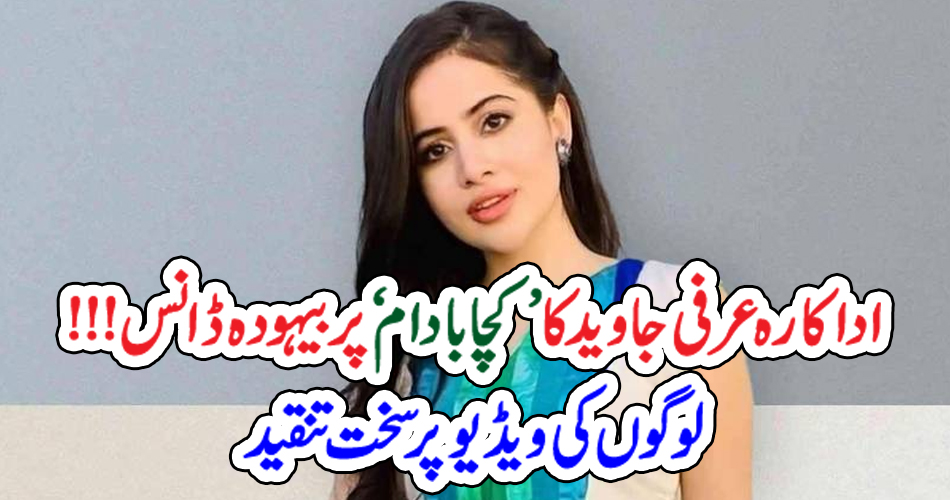 Mumbai (Monitoring Desk) Actress Arfi Javed, who competed in the first OTT season of Indian TV show Bigg Boss, has been in the media headlines since the show. Alias ​​Javed from Bigg Boss OTT was out in just one week, but of the show

Since then, she has often been in the news for her style and fashion. Once alias Javed did something that people are trolling him on social media. Arfi Javed has danced in his own style to the song ‘Kacha Badam’ which is going viral on the internet these days. Users on social media are sharply criticizing his video. According to a web report of a private TV channel in India, Arfi Javed is seen dancing on the street to this song. This song titled ‘Kacha Badam’ is going very viral on Instagram these days. Many personalities are making their Instagram reel on this song, but alias Javed has also started his bold fashion in this reel. Arfi Javed is seen dancing in this train wearing a backless top. While many people are liking his dance in his video, some people are also trolling him because of his dress. By the way, this is probably not the first time that Arfi Javed is in the news with his clothes. Alias ​​Javed has always been in the news for his unique fashion. She is also known on Instagram for running clothes with scissors to turn it into a different fashion. Note: This video cannot be shared due to some objectionable scenes.

Like Loading...
Tags:badamkachapointless
previousAfter the court decision, my mother made a big offer to Atiq-ur-Rehman
next“Stay away from Kareena” Why did Akshay Kumar give this advice to Saif Ali Khan before marriage? Kareena Kapoor’s interesting revelation
%d bloggers like this: