Well that was it !! Why did the court declare ‘Meera’ as Atiq-ur-Rehman’s wife? The real reason has now come to light 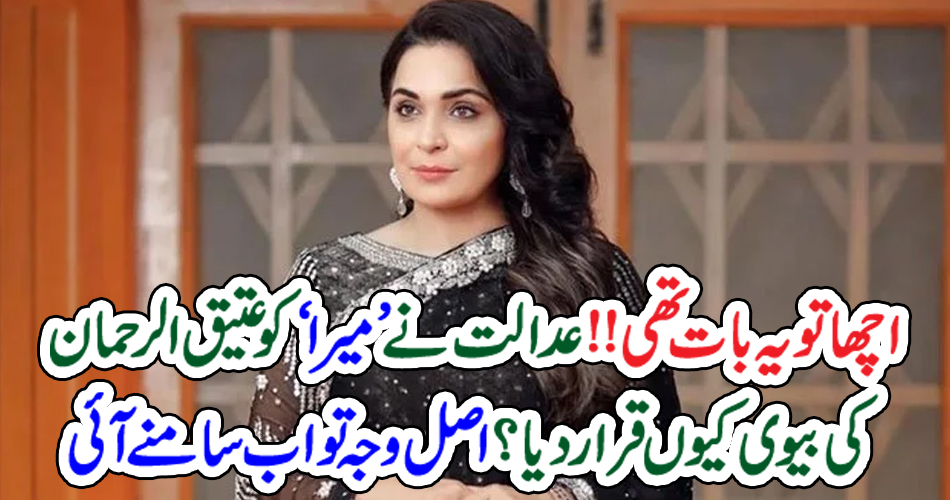 Abbas issued an 18-page decision in which he said that the documentary evidence proves that Meera got married in 2007. The actresses could not present any evidence to prove that the marriage certificate was forged and not hers. My claim of non-marriage is incorrect. The written decision stated that the parties concluded that they could not live together as husband and wife, the trial court had only one way to end the marriage on the basis of khula. The petitioner was required to prove that the marriage certificate of evidence was false. The actress did not appear in the family court for cross-examination. Rather, he said that these are pictures of drama. Considering the facts, no illegality was found in the decision of the Family Court, therefore my appeal has no merit due to which it is rejected. The court appealed to the petitioner. He also ordered to bear the cost of Rs.