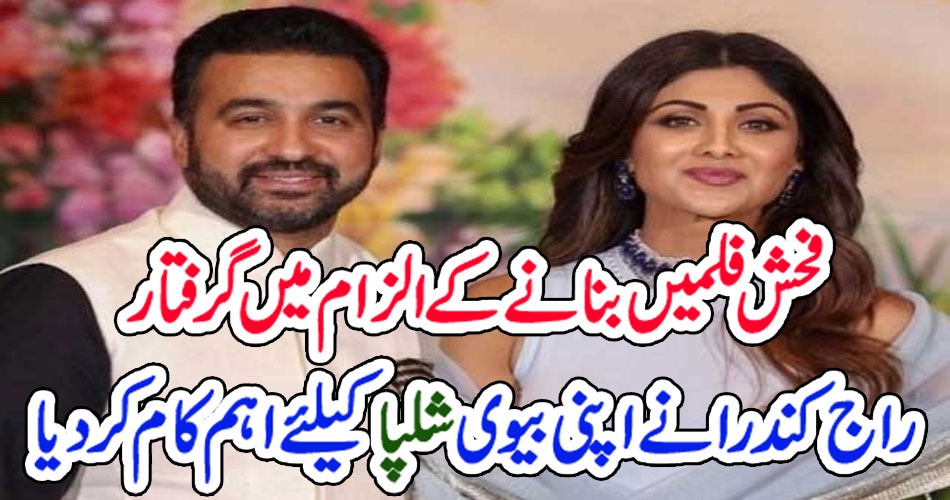 Mumbai: (Web Desk) Indian businessman Raj Kandra, who was arrested on charges of making pornographic films, has transferred property worth crores to his wife actress Shilpa Shetty. Raj Kandra was arrested in July last year on charges of making pornographic films and broadcasting them on mobile apps. He was later released on bail. According to Indian media, about 6 months after his arrest, Raj Kandra married his wife Shilpa. Millions of properties have been transferred in the name of Shetty. According to registration documents obtained through a website called SquareFatIndia.com, Raj Kandra moved five flats, including the basement of the Ocean View building in Joho, to Shilpa Shetty. The value of which is Rs. 385 million.

Like Loading...
Tags:ArrestedFilmsImportantkandrapornographicshilpa
previousBollywood actor Farhan Akhtar’s wedding date has come to light, who is the girl? You too will be amazed to know
next51 year journey ends in Jahan Fani !! Amitabh Bachchan broke the news to the fans
%d bloggers like this: