PTI now past !!!! Which new party did Hira Mani join? You too will be stunned to hear 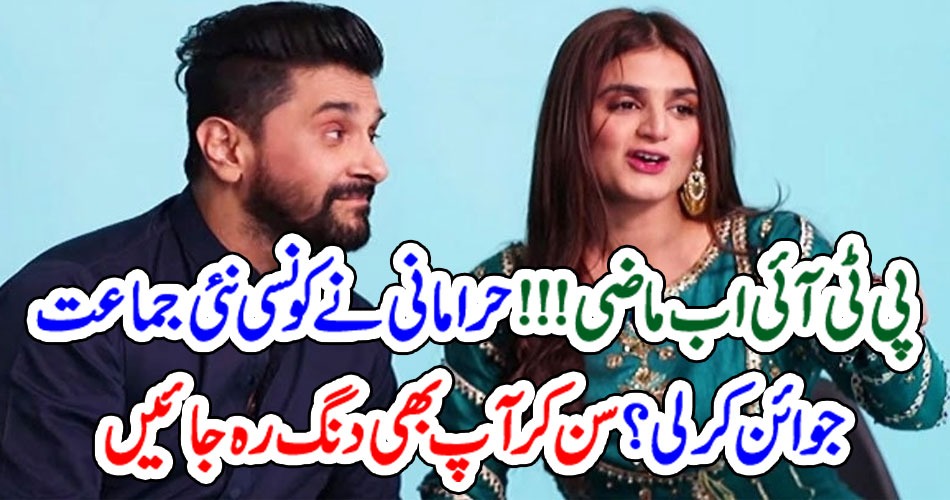 Lahore: (Web Desk) Popular showbiz duo actresses Hira and Mani have said that they have been participating in sit-ins of Pakistan Tehreek-e-Insaf (PTI) with children in the past. The couple recently participated in the private TV program ‘Jashan Cricket’, where they answered various questions and also talked openly about their political affiliation.

Responding to a question, actor Mani said that PTI could not solve the problems of Karachi, the capital of Sindh province and only 5% of people think that PTI can do that. He lost two seats in the Assembly, but in response to a question, he said that he had recently visited Punjab, where he found out that the people there would vote for Nawaz Sharif this time. In response to a question, Mani termed Asif Ali Zardari as more corrupt than Nawaz Sharif while saying that now people are beginning to understand that Nawaz Sharif was a better ruler than the current Prime Minister. Actor Mani said that the situation in Karachi is about to change and soon the time will come for Pak-Sar-Zamin Party (PSP). He also said that he has joined Mustafa Kamal’s party. In the same program, actress Hira Mani said that she had been asked to inject dyes but her husband forbade her to do so. She said that her husband has joined PSP, but in practice she is not in politics yet and now she also supports Mustafa Kamal’s party. In response to a question, Hira Mani said that now the price has gone up so much that the mouths of the people are left open. Her husband Mani said that now Imran Khan should be allowed to frighten the people, because now water The head has passed and the people are at the bottom of the sea to die. She described her husband as a better actor than herself and said that her husband scolded her on her clothes and Mani wanted her to always wear jeans pants and shirt while she personally wore saree and shalwar kameez. Like. Hira Mani admitted that she wears upside down clothes and she also admitted that the criticism leveled against her on the issue of dress is correct. She also said that the t-shirt worn with saree a few days ago was actually her husband Mani’s old shirt. Speaking on the program, the actress said that in the past, she used to participate in PTI sit-ins with her children at the request of her husband, but now her husband has joined PSP.