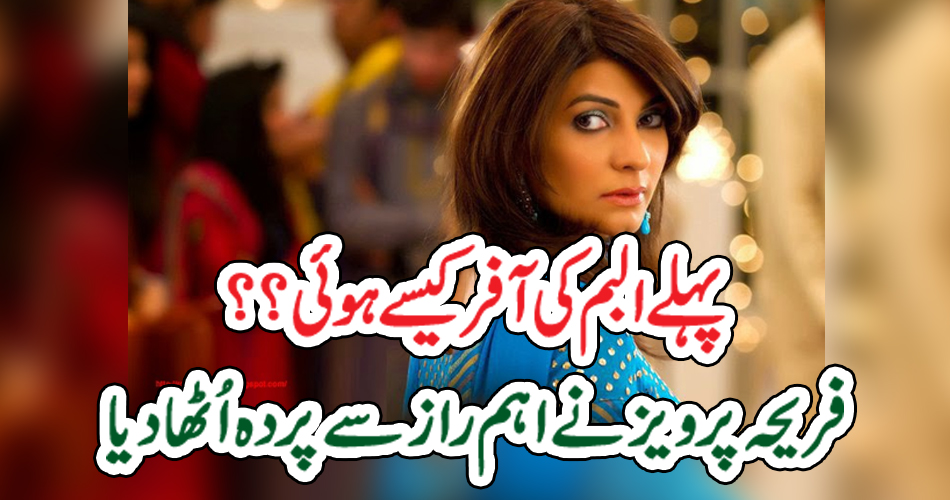 Lahore (News Desk) The sweet talk of Fareeha Pervez, the owner of Madhur Awaaz, in a program on a private TV channel, won the hearts of everyone. Was connected to but music was always inside them

He sang the first song in school at a very young age. Fareeha Pervez said that he had taken regular music training from Feroz Gul, the master of Gwalior family. Talking about the important thing about the offer of singing albums, Fareeha Pervez said that in the beginning she used to sing jingles, due to which she received offers to make song albums. The same album “Patang Baz Sajna” was later released. Fareeha Pervez while talking about today’s music said that she wants music to be effective and seeing newcomers, she thinks that now She will learn it. That is why she appreciates the new singers. Besides, the show also talked about celebrating beautiful festival like Basant with Fareeha Pervez’s film songs and complete precautions. In the program, Fareeha Pervez sang the beautiful song “Ni Mein Jana Jogi De Naal” and added four moons to the event. Along with Fareeha Pervez, another host international model Mohammad Ali Sobhani also participated in the G-Sarkar. Mohammad Ali Sobhani said that his father had sent him to UK for higher studies at the age of 18. Model Subhan Ali said that he studied banking there and also worked in banking for some time. Ali Sobhani said that he is the first South Asian because his picture was printed on the cover of a famous international magazine and he was also given the title of Wajiha Mordeka.

Like Loading...
Tags:albumfareehafirstImportantOfferedpervezunveiled
previousWhy do people look down on me? Khalil-ur-Rehman Qamar explained the real reason for the first time
nextWhy did you reject the offer of film with Saif Ali Khan? Big revelation of actress Zoha Rehman
%d bloggers like this: