“When the election took place, Nawaz Sharif …” actor Mani said something that surprised everyone 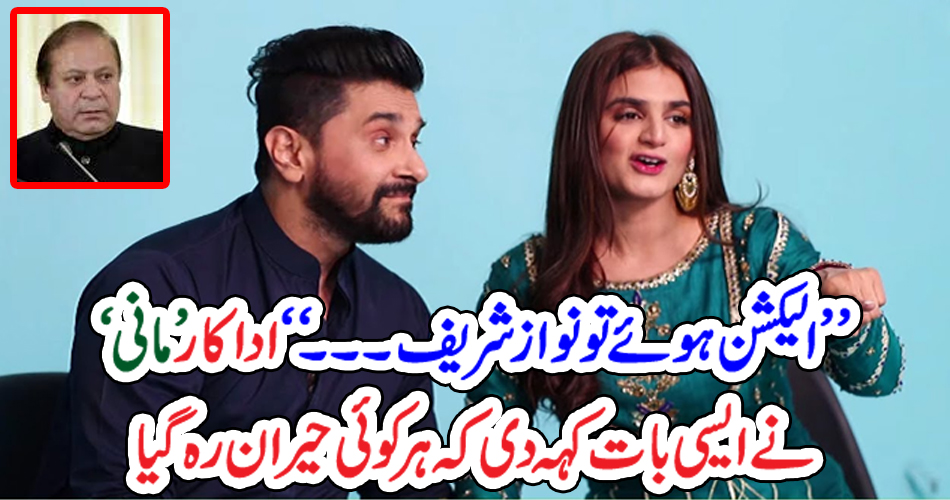 KARACHI: Actor and host Salman Saqib alias Mani has termed Mahira Khan and Mahesh Hayat as acting queens. Actor Mani and his wife Hira participated in a private TV program. He said that he was lucky to have a wife like me. The host asked Hira

Should you get Medal of Distinction now after Mahesh Hayat? On which Hira said that there are many other actresses in the industry who are entitled to the medal of distinction. On this occasion, her husband Mani said that this time the medal should be given to Imtiaz Mahira Khan. Will Mani said about the Prime Minister that Imran Khan should have mercy on the people and allow the people to panic because now the water has passed over their heads. When the host asked Mani if ​​Imran Khan had broken all the records for taking U-turns, what would you say about that? So Mani said that his name should be included in the Guinness Book of World Records. During the program, Mani also talked about former Prime Minister Nawaz Sharif and said that if elections were held then Nawaz Sharif would get 90% of votes. Mani called his wife Hira a better artist than himself. The host asked Mani, “Do you think Mahesh Hayat and Mahira Khan are far behind Hira in acting?” In response to this question, Mani said no, it is not so at all. Mahra and Mahesh are far ahead of Hira. Both are big stars, both are acting queens. I think both should open an acting institute.