What did Usman Dar invite Nadia Khan to live program? Interesting situation created, surprised everyone participating in the program 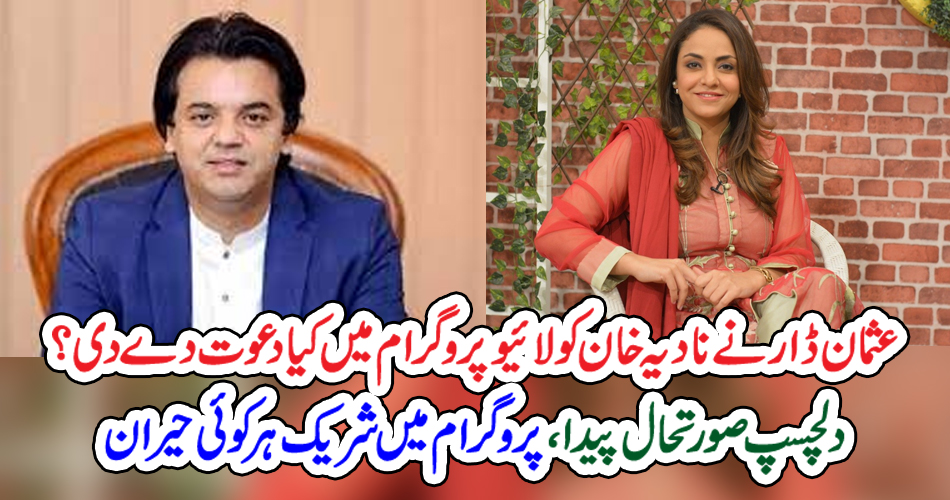 No, but now he has started taking interest in politics. He said that there is a dearth of women in Pakistani politics. However, he added that if they become part of any political party in the near future, it will be visible to all. ۔ On this, the PTI leader offered actress Nadia Khan to join PTI and said that if our party becomes a part of PTI, they will go for it themselves. A more interesting situation arose in the program when the host Asked Nadia Khan about making Bilawal Bhutto her son-in-law. At first Nadia expressed surprise but then said why not but first he should focus on becoming the Prime Minister. Actress Nadia Khan asked PPP leader Sharmila Farooqi’s mother He did not comment on the issue, but said that 50 million will not go but 50 million will come.