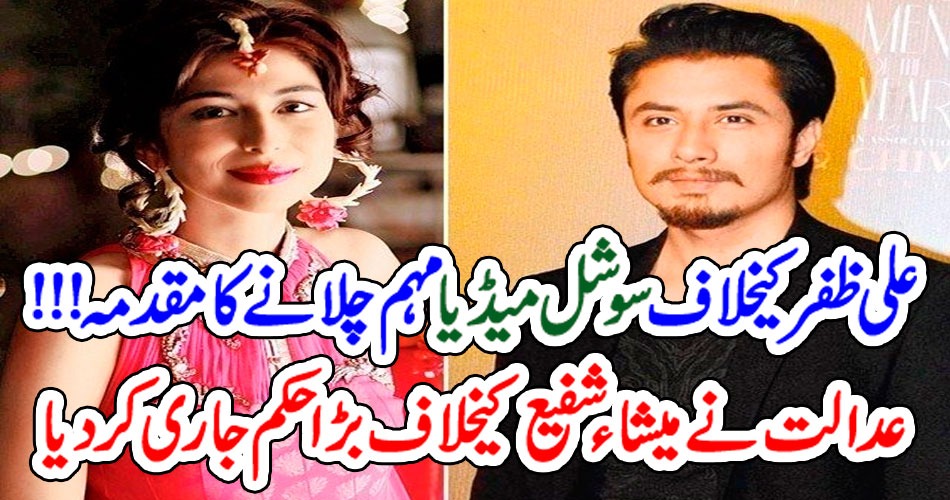 Lahore: (Web Desk) The District Court of Lahore has issued a warrant for the arrest of singer Mesha Shafi in the case of running a social media campaign against Ali Zafar. In the FIA ​​case, Judicial Magistrate Ghulam Murtaza Work issued bailable arrest warrants for Mesha Shafi and co-accused Mahim Javed. The court clarified that at the next hearing, if Ali Zafar’s lawyer did not give arguments on the pending petitions, the decision would be taken in the light of the arguments of the prosecutor. Accused named in the case Efat Omar, Faizan Raza, Haseem-ul-Zaman, Fareeha Ayub, Ali Gul and Lena Ghani completed their attendance.