No one stays together !!! Actress Saraha Asghar came out in support of Prime Minister Imran Khan and made a big statement 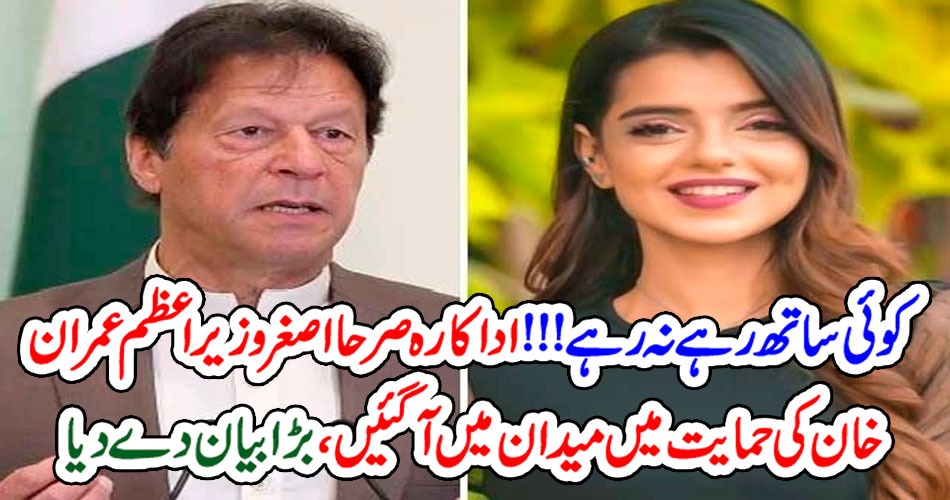 Karachi: (Web Desk) Leading Pakistani drama actress Sarha Asghar says that no one can fix this country except Imran Khan. Actress Sarha Asghar along with Senator Faisal Sabzwari participated in “Jashn Cricket” show where she gave very interesting answers to the questions of the host.

In response to a question regarding social media trolling, Sarha Asghar said that people do not troll them much on social media. When the host asked Saraha that no one can fix this country except Imran Khan, what do you think about it? So Sarha replied in the affirmative and said that she agrees. When he answered, Faisal Sabzwari and other participants in the show started looking at him in amazement. Answering another question, Sarha said that Imran Khan should also get the next five years. Actress Saraha Asghar termed Maryam Nawaz as Lady Diana of Pakistani politics and said that she prefers to play negative roles in dramas. Regarding Khalil-ur-Rehman Qamar, the actress said that Khalil Sahib writes well but speaks very badly. When the host asked her about working in Bollywood, if she gets an offer from Bollywood, will she close her eyes and say yes? To this question he answered ‘no’. In addition, he called one woman the enemy of another woman. Talking about nepotism in the showbiz industry, the actress said that a successful artist in the industry benefits from having a son, daughter or relative. What do you think about the question asked by the host that some people succeed on social media but fail in acting? Sarha Asghar said that this is absolutely right.