Why Shah Rukh Khan has not acted in any Hollywood movie till date? The reason has come to light 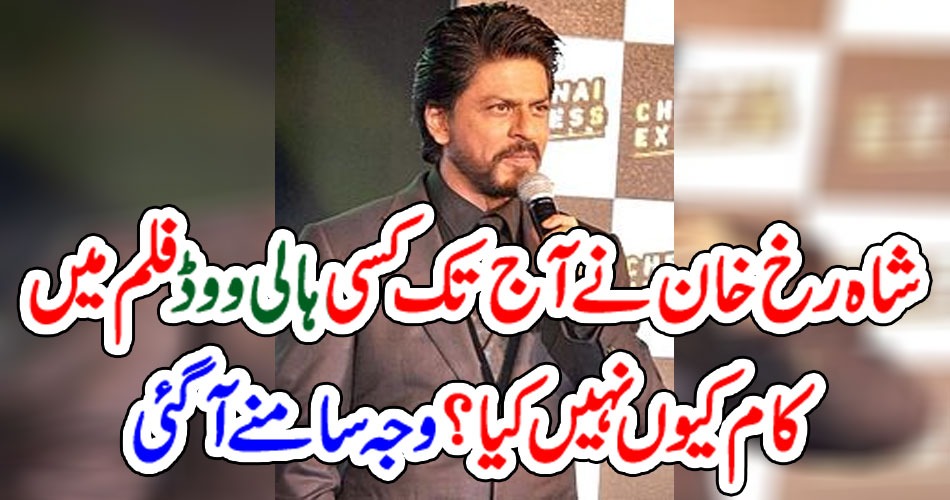 Mumbai: (Web Desk) Bollywood superstar Shah Rukh Khan’s reason for not working in any Hollywood movie has come to light. Fans of Shah Rukh Khan, known as the King of Bollywood, are present not only in India but all over the world. Over the past two decades, Shah Rukh Khan has acted in a number of films, many of which have been critically acclaimed, while some films have not received much acclaim at the box office.

But despite this, his name and fame has not diminished but the number of his admirers is increasing day by day. However, his fans are eager to know why Shah Rukh Khan, despite being such a big superstar of Bollywood, has not acted in any Hollywood movie till date. According to Indian media, King Khan had said a few years ago that he would be willing to make Hollywood films only if his country would feel proud of his films and work. Speaking to a news agency, Shah Rukh Khan had said that he had never been offered any significant job in Hollywood. I have always said that I want to make Bollywood movies that will be seen internationally. King Khan said that those who are working in Hollywood or internationally make sure that India is being named there which is very good for the future of the coming generations. However, I feel that I am not good enough to work in Hollywood or in the West. Language is also an issue. The king of Bollywood added that he had not received any offer from Hollywood till 2015. When I have an offer that makes me proud as an actor and that makes my country proud, I will definitely accept it. It is to be noted that Shah Rukh Khan had recently become a victim of controversy due to his participation in Lata Mangeshkar’s last rites. He was accused by Hindu extremists of spitting on Lata Ji’s corpse, although in reality Shah Rukh Khan had prayed and breathed on Lata Ji’s body. Millions of King Khan’s admirers came out in support of the extremists’ fanatical attitude and his fans from all over the world responded to the extremists.

Like Loading...
Tags:actedMovie
previousAamir Liaquat’s third marriage !!! Who is the girl How old is he You will be amazed to know
nextHarim Shah’s threats useless !! The FIA ​​has taken a big step to arrest Tuck Star
%d bloggers like this: