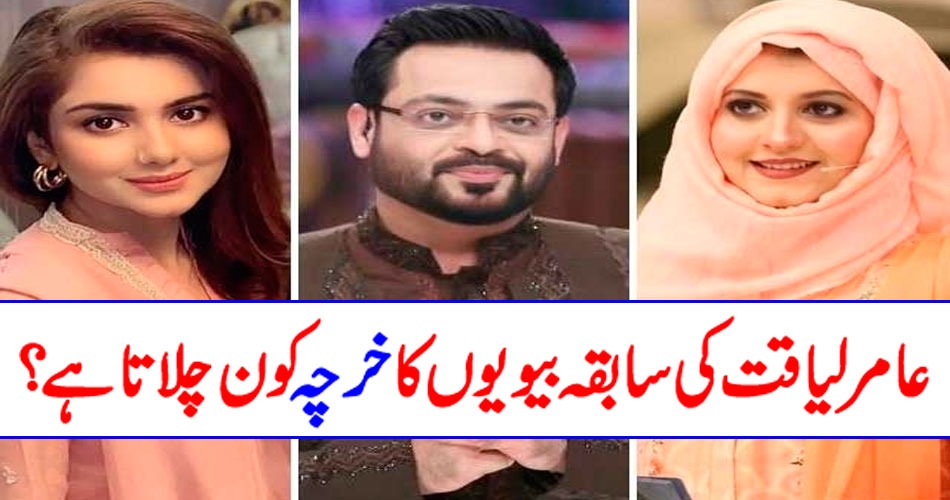 Karachi: (Web Desk) Amir Liaquat Hussain, who recently tied the knot for the third time, has said who is running the expenses of his two ex-wives. Aamir Liaquat along with his new and third wife recently joined YouTuber Nadir Ali’s podcast where he shared things about his life that had not come to light before.

In the podcast, Nadir Ali asks Aamir Liaquat who is running the expenses of your ex-wives. Giving a detailed answer to this question, Amir Liaqat said that don’t tell the story of one side but also look at the story of the other side. Amir Liaqat said, “I have taught and am teaching my children.” Explaining the expenses of his first wife Bushra Iqbal, he said that the house in which my ex-wife and children live is worth Rs 80 million and I took them to that house. Besides, I named my first house after her which is worth Rs. 20 million and she rents this house. In Dubai, I also gave them a BMW, which they sold and kept the money. Regarding his children, Amir Liaqat said that my children have performed five Hajj and my first wife has also performed five Hajj. When I was married to Bushra, she was unemployed, she had to work M. I used to take care of my 6 month old son Ahmed and she used to go to school. Bushra had the courage and the courage to pursue a PhD in Islamic studies. But today it is not mentioned anywhere in my story. Amir Liaqat told about his second wife Tobia Anwar that Tobia did not give me a chance to name the house after her. She left immediately. But I gave him a bullet proof car which cost Rs. 65 lakhs and he has that car. Tobias also has a 100-inch TV. Aamir Liaqat further said that Tobia is a star today but who knew Tobia before. But thank God she has come a long way today. But I did them no favors. Nadir Ali asked Amir Liaqat, “Is Dania your last wife?” Amir Liaqat replied, “I think if I put my age in front, it is the last.” It should be noted that Syeda Dania Shah, the third wife of Amir Liaquat, has said in a morning show that she has given permission to Amir Liaquat to get married for the fourth time.

Like Loading...
previousLost sports of the Winter Olympics: Skijoring, the wild blend of horses and skis
nextWhat did Katrina Kaif offer to Imran Abbas? The actor made a big revelation
%d bloggers like this: