Did Salman and Aamir announce a reward of Rs. 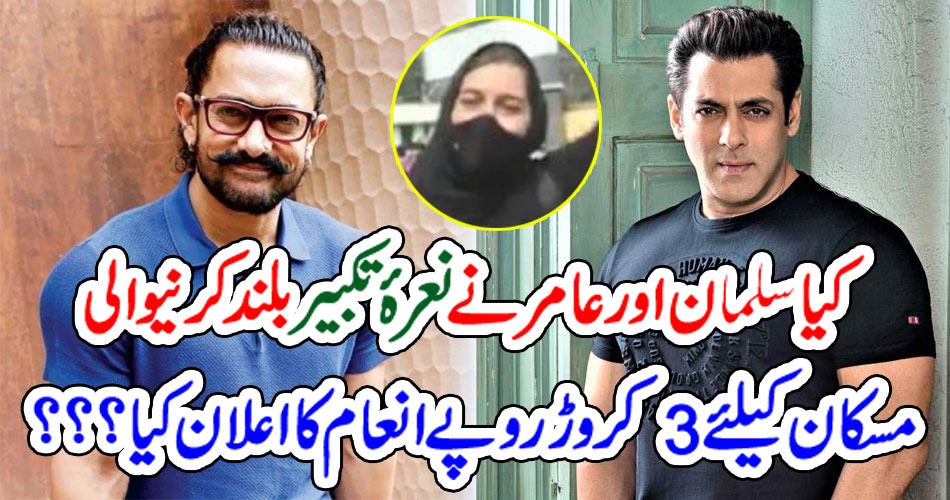 Lahore: (Web Desk) Bollywood superstars Salman Khan and Aamir Khan are rumored to have been offered a reward of Rs. Has been announced.

Bollywood superstars Salman Khan and Aamir Khan have been quoted as saying that both the actors have announced a reward of INR 30 million for raising a slogan in front of Indian Hindu extremists for the sake of hijab. This claim about Salman and Aamir Khan was made by some users on social media after which the fans were appreciating the move of both the actors through their comments. However, Aamir and Salman did not comment on the matter. Was not removed Recently, the Indian media contacted the two actors, after which it was revealed that the news circulating on social media is nothing but rumors. According to Aamir Khan and Salman Khan, they have not announced any reward for the smile nor do they intend to do so in future. However, this is not the first time that social media users have shared news without confirmation after which they have been proved to be liars. It should be noted that in the Indian state of Karnataka, educational institutions have been banned from wearing hijab, against which Muslim students and their parents are protesting. In this regard, a video went viral on social media last week in which a student named Miskan bravely confronted the extremists and shouted ‘Naara Takbir’ in response to their ‘Ja Shri Ram’ slogans.

Like Loading...
previousFeroze Khan & Wife Welcome A Baby Girl – Maybe The Separation Rumors Were False After All?
next‘Time To Increase Your Knowledge’ – President Arif Alvi Shares His 10 Books Recommendations To Read In 2022
%d bloggers like this: