“You are always in any age group …” Samina Ahmed said a big thing, explaining the reason for getting married in sixty years. 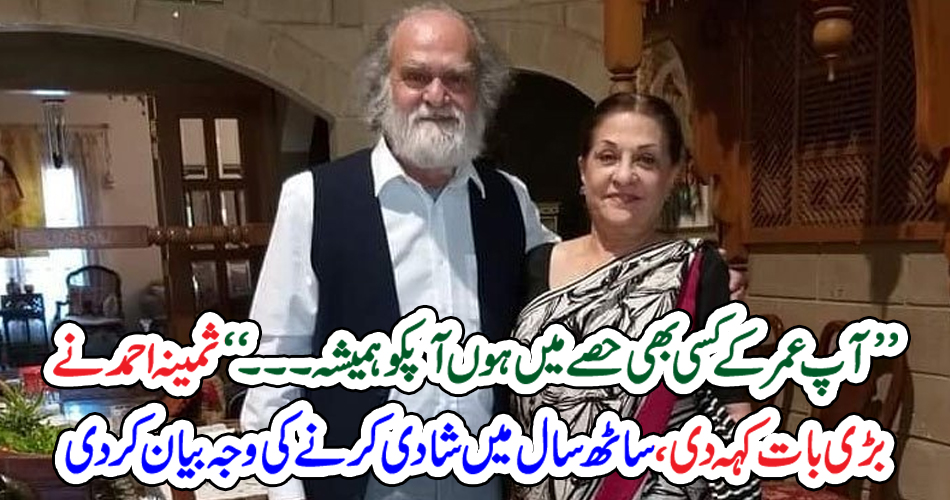 Lahore (News Desk) Manzar Sehbai said that there was no difficulty in conveying the message of marriage. We have worked together and it was not a proposal like any other Pakistani drama. Beautiful couple of drama industry in private TV channel program Samina Ahmed and Manzar Sehbai were the guests. In old age

Talking about the positive message he has given to the society by getting married, Manzar Sehbai said that our first meeting took place on the set. He further said that he had heard the name of Samina Ahmed and he also told me Looked at the screen All the magic of life happens in ignorance and they think it is a beautiful accident. Regarding the message of marriage, he said that there was nothing difficult in it, we have worked together and it was not a proposal like a Pakistani drama. Laughing at this, Samina Ahmed said that it was enough to give a hint which I understood. Is . In response to this question, Manzar Sehbai said that if you start thinking, that moment will pass. As Samina Ahmed was saying while coming on this show, she should not work in a race. Talking more about age, Samina Ahmed said that no matter what age you are, you need a good partner. They can’t love each other even after living together for years.