The Indian actress expressed her desire for Shahid Afridi 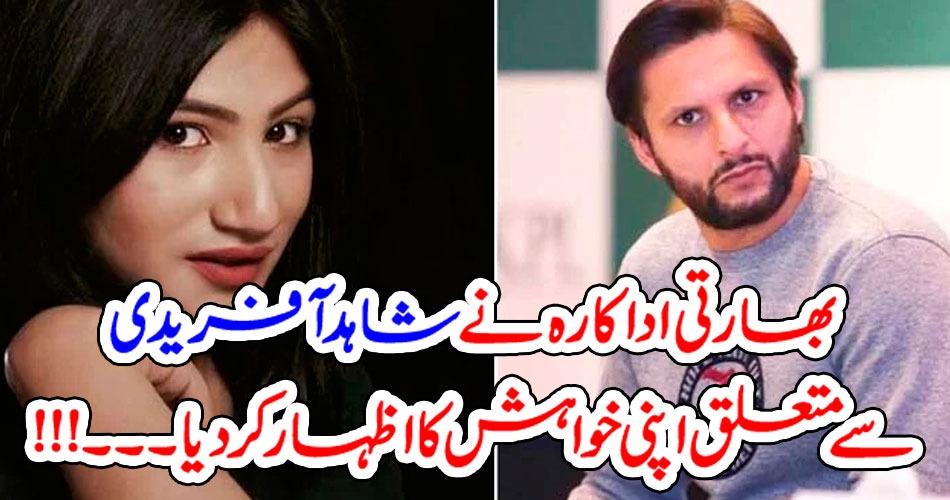 Lahore: (Web Desk) Indian film and drama actress Mahika Sharma has expressed her desire to become a nurse of star cricketer Shahid Afridi. Indian actress Mahika Sharma has expressed regret over the separation of star cricketer from PSL 7. Talking to Indian media, Mahika Sharma said that former captain Shahid Afridi is her first choice, she has always watched his game with great interest and now that he is suffering from an injury, he is depressed. The actress said that she wished that in this difficult time, I would have been with Shahid Afridi as a nurse so that she could take care of him.