How much gold and silver did Bipi Lahri have in total? Surprising details on the surface 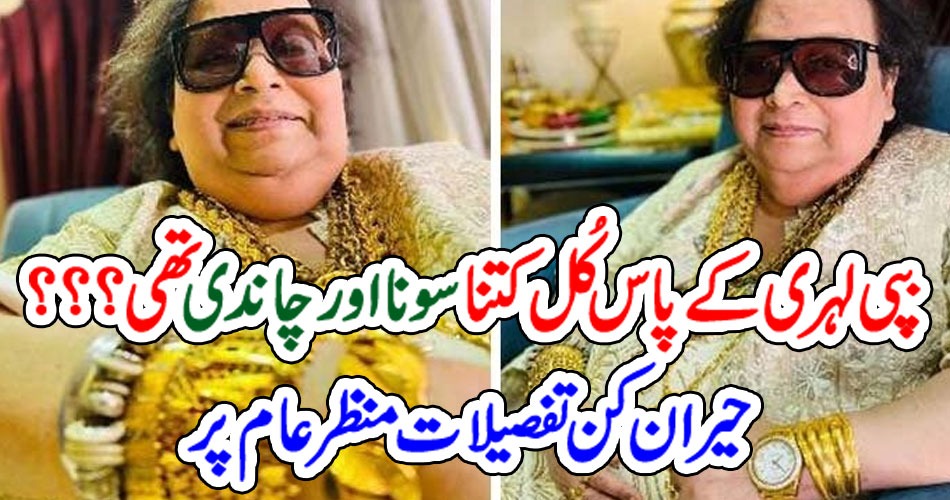 Lahore: (Web Desk) Bollywood musician and singer Bipi Lahri, who passed away at the age of 69, had a special identity due to his unique songs and gold ornaments. Let us know some interesting things about them. Born on November 27, 1952 in Kolkata, Bipi Lahri had learned to play the drums at the age of three. It would not be wrong to call Bipi the king of disco songs. All the music composers in the Indian film industry were appreciative of Bapi Da’s abilities.

Who inspired you to wear gold? In an old interview, Bipi Lahri explained the reason for wearing thick gold ornaments on the wrists, fingers and neck. Bipi Lahri was a big fan of American rock star Elvis Presley who wore a gold chain during his performances. Seeing Elvis, Bapi decided that he too would create a different image of himself and that is why he started wearing gold which is why he was called Goldman of India. Bapi Lahri considered gold to be a sign of good fortune for him. How much gold and silver did Bappi Lahri have? Disco dancer singer Bapi Da had also contested the 2014 Lok Sabha elections. During the nomination, the singer gave details of his assets including gold and silver. Meanwhile, he said that he has a total of 752 grams of gold and 4.62 kg of silver while he had given this detail 6 years ago, it is possible that the number of his jewelery has increased by now. Gold worth over Rs 81 lakh: Bipi Lahri had 754 grams of gold and 4.62 kg of silver. At present, the price of gold per gram in Pakistan is Rs. 10,776. Thus, Bapida had about Rs. Speaking of total assets, Bapi Lahri owned property worth Rs. 47 crore in Pakistan. Wife has more gold than Bapi Da: Like Bapi Da, his wife Chatrani Lahri also loves gold and diamonds. In 2014, it claimed to have more than 967 grams of gold, 8.9 kg of silver and diamonds.

Like Loading...
previousPower & Politics – Cast Of Badshah Begum & Crew Shares Details Of the Drama
nextBipi Lahri belonged to which country? The reason why the Indian musician did not come to Pakistan came to light
%d bloggers like this: