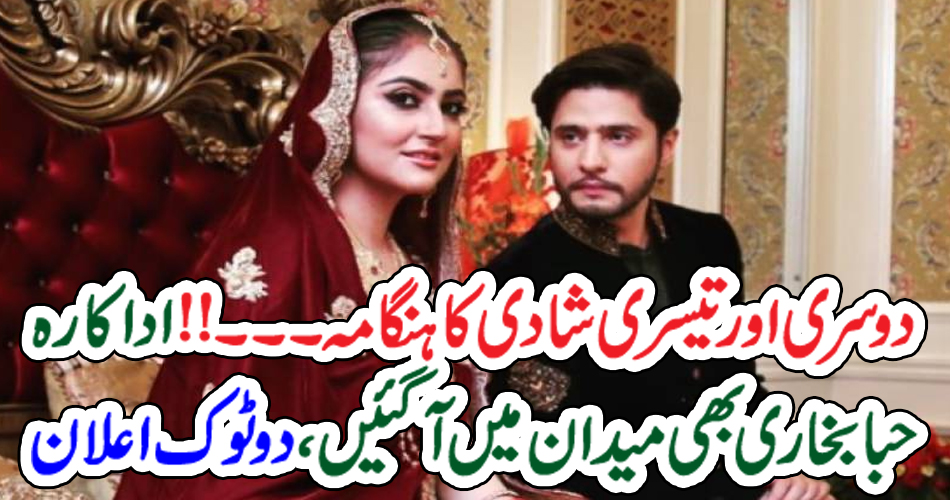 Lahore (News Desk) – Dr. Amir Liaquat Hussain got married for the third time, the news of which is still hot. What are the conditions in the letter? According to the details of the recent two

Actress Hiba Bukhari and her husband Ariz Ahmed participated in the talk show ‘Jashn’ during PSL in which the host asked the question ‘Will Hiba Bukhari allow Ariz Ahmed a second marriage? ‘ In response, the actress said, “I will never allow Ariz Ahmed to remarry, even though I have written a condition in my marriage certificate that Ariz will never remarry.” He further said that apart from marriage, I have written a lot in the marriage certificate on which my father had also told me not to forbid him from marriage after seeing this, to which the actress told her father that no, I It is to be noted that actress Haba Khan and Ariz Ahmed tied the knot last month.

Like Loading...
previousWhat would you regret now when the birds ate the field !! Rakhi Sawant cried while talking about what Salman Khan said
nextThe time when Shah Rukh Khan had to go out to sell his movie tickets himself … !!! What was this movie and why did King Khan have to do it?
%d bloggers like this: