Which ‘injection’ do politicians come to me for? Shaista Lodhi’s big revelation, Pakistanis were shocked 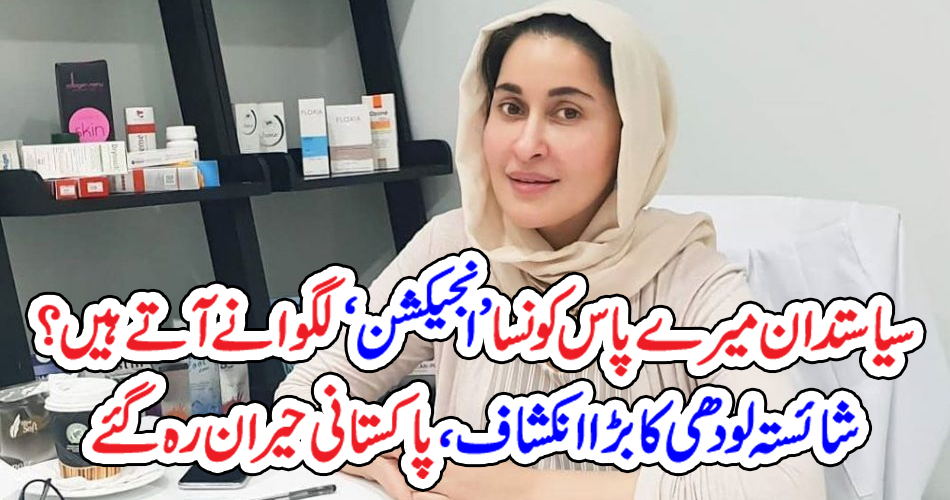 Karachi (Web Desk) Well known morning show host and actress Dr. Shaista Lodhi says that many actors have come to her so far to make her blonde. Shaista Lodhi and PML-N leader Talal Chaudhry Geo News program Became the guests in which both of them answered the questions asked in different segments

Shaista Lodhi said that people now want to see something new and informative in the morning show, 65% of the people will be disgusted with the content of the morning show. There are not only actors but also many politicians who come to get injections to whiten the complexion. On the issue of morning show host Nadia Khan and PPP leader Sharmila Farooqi, Shaista said that Nadia Khan is not so innocent that she did not do any mischief. However, Sharmila Farooqi should end the quarrel now. Talking about politics, Shaista Lodhi said that Nawaz Sharif was not a better Prime Minister than Imran Khan.

Like Loading...
previous“Actress Meera asked me for English tuition, so I …” What happened after that? Actress Anusha claimed
next‘I Demanded That No One Slap Anyone’ – Iffet Omar Condemns Violence Scenes in Aye Musht-e-Khaak
%d bloggers like this: