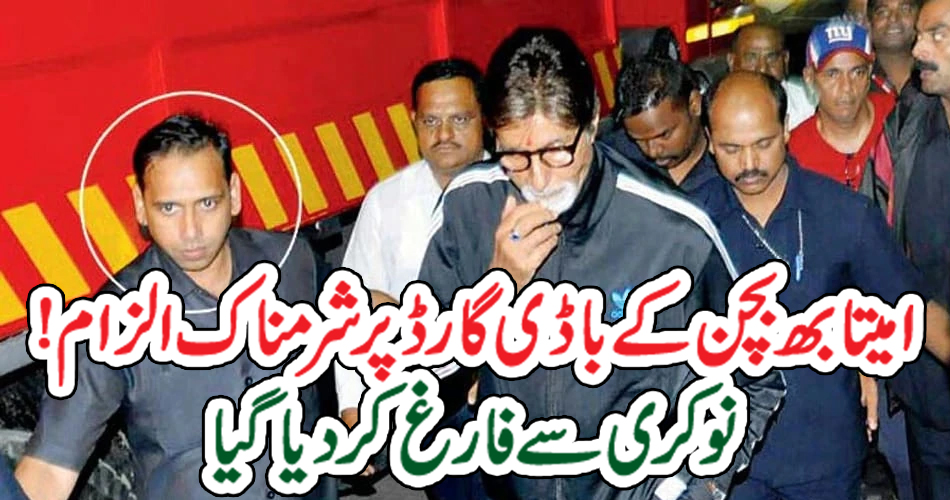 Mumbai (Monitoring Desk) – Bollywood actor Amitabh Bachchan’s bodyguard Jatinder Rashinda has been fired from his police job for allegedly taking bribe. Mumbai police constable Jaitender has been in charge of Bollywood actor’s security since 2021. During this one year, his annual income has reached Rs 1.5 crore.

In view of his life, the high officials investigated him and fired him for violating services and law. According to Indian media, Jaitender himself while confirming receipt of dismissal order from the police said that he was summoned by the Investigation Department on Tuesday and ordered to report to the Protection and Security Department of Mumbai Police. Additional Commissioner Mumbai Dilip Sawant said that Jaitender had also bought bungalows in an expensive area of ​​Mumbai which an official could never buy with his own salary. Apart from this, he also visited other countries. In addition, Jaitender opened a security agency in the name of his wife and provided security to other members of the Bachchan family and deposited the money in his wife’s account. Also received bribes from many people.

Like Loading...
previous‘I Demanded That No One Slap Anyone’ – Iffet Omar Condemns Violence Scenes in Aye Musht-e-Khaak
nextHadiqa Kiani Discloses What Went Wrong In Her Marriage & The Reason Behind Her Divorce
%d bloggers like this: