Why did Hadiqa Kayani’s marriage fail? The actress unveiled the secret for the first time 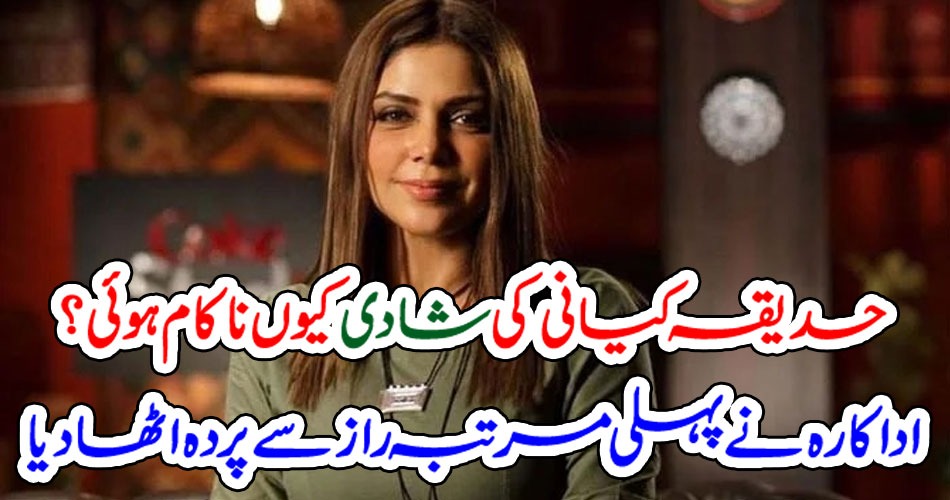 Lahore: (Web Desk) Singer and actress Hadiqa Kayani has explained the reason for the end of her first marriage. Recently, Hadiqa Kayani participated in a private TV program where she made revelations about her personal life for the first time. The singer said that she had a completely orange marriage with Hamad Hassan.

The number of animators in Pakistan was very small and Hammad was one of them, he was a 3D animator, these days he was working on a video of me. Hadiqa said that while making the video, they fell in love with me. Saima Rasheed, a make-up artist, used to be our mutual friend. To do The singer said that at the insistence of a friend, I spoke to Hammad on the phone and said that if you like me so much, then bring your mother to my house in Lahore. The next day after my arrival in Lahore, he brought his mother. And so we got engaged which lasted for two and a half years. “Before the engagement, I made a condition that I would not give up my music, which they gladly agreed to. Later, the biggest reason for the failure of my marriage was my mother-in-law, she had a problem with my music,” she said. He said that the biggest mistake I made was that I did not listen to my heart. During the engagement period, my heart was not believing in the relationship that Hammad realized, so he committed suicide by taking sleeping pills. tried to do. Hadiqa added that this was the time when I should have been forbidden from this marriage but I did not do so and thought that I would be very happy with this servant who was going to give his life for me and this I will take care but it did not happen. The singer said that all my guesses were wrong, Hammad just wanted to have me and when relationships are based on getting something that I want this thing they can not stay long, it does not value you and you The roll is given. It should be noted that Hadiqa Kayani’s first marriage took place in 1997 after which they got married for the second time but it ended too. What was