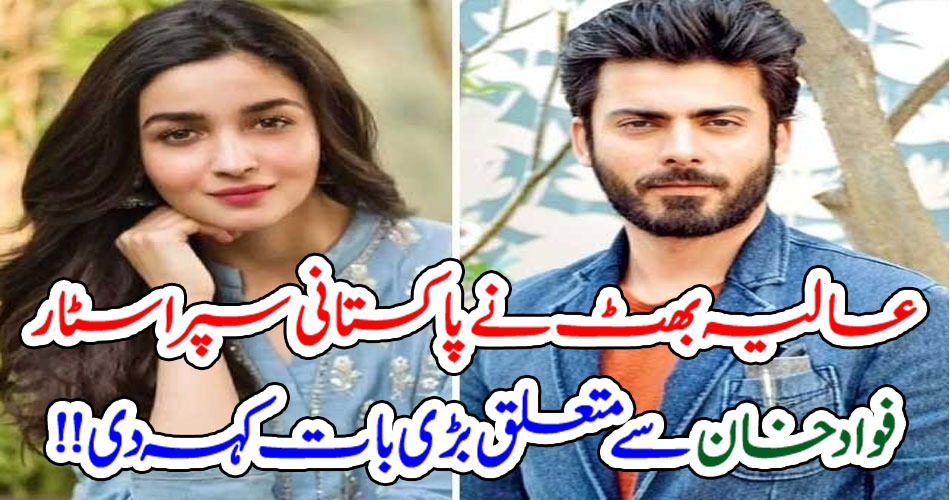 Berlin: (Web Desk) Bollywood actress Alia Bhatt has described the experience of working with Pakistani superstar Fawad Khan as very pleasant. Alia Bhatt is currently in Berlin for the premiere of her upcoming film “Gangu Bai Kathia Wari”. His film will have its world premiere at the 72nd International Berlin Film Festival.

In an interview given to DW Urdu in Berlin, Alia Bhatt said about her upcoming film that she found the story of Gangu Bai’s life very unique and that is why she decided to make this film. She also wanted to work with a seasoned director like Sanjay Leela Bhansali. During the interview, Alia Bhatt described the experience of working with Pakistani superstars Fawad Khan and Ali Zafar as pleasant. She said that she spent more time with Fawad Khan than Ali Zafar and that is why she got to know Fawad Khan more. ۔ Alia Bhatt said that while talking about the effects that Fawad Khan has left in cinema as an actor both artistically and culturally, words fall short. Working with Fawad Khan was a wonderful experience, as an artist I learned a lot from him. Alia Bhatt said that music, acting, culture and art have no boundaries for her. We like what touches the heart. Alia Bhatt gave a message to her Pakistani fans that I have been seeing your support since the beginning of my career. My father Mahesh Bhatt had told me that you have many admirers in Pakistan, always love them. So I am always grateful for the love I get from Pakistanis. Alia Bhatt has asked all Pakistani fans to watch her upcoming film “Gangu Bai Kathiawari” which is releasing on February 25.