Can such a husband be stopped? What ‘condition’ has Habiba Bukhari written in the marriage certificate? Incredible revelation 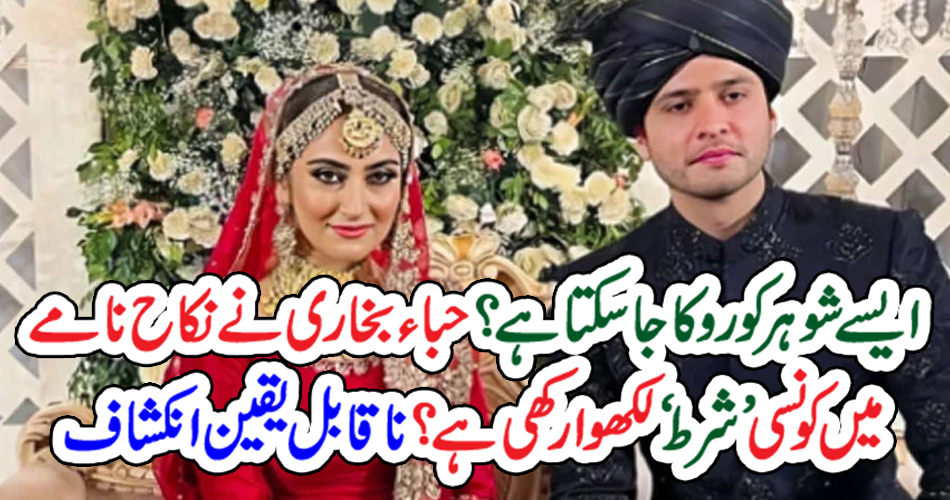 KARACHI (News Desk) – An interesting revelation has come to light regarding the marriage of actor duo Haba Bukhari and Ariz Ahmed, who got married last month. Bukhari said Ariz would not be able to remarry because he did not allow it