Why does Alia Bhatt charge Rs 150 million while Kareena Kapoor charges Rs 120 million for a film? A list of Bollywood actresses has surfaced 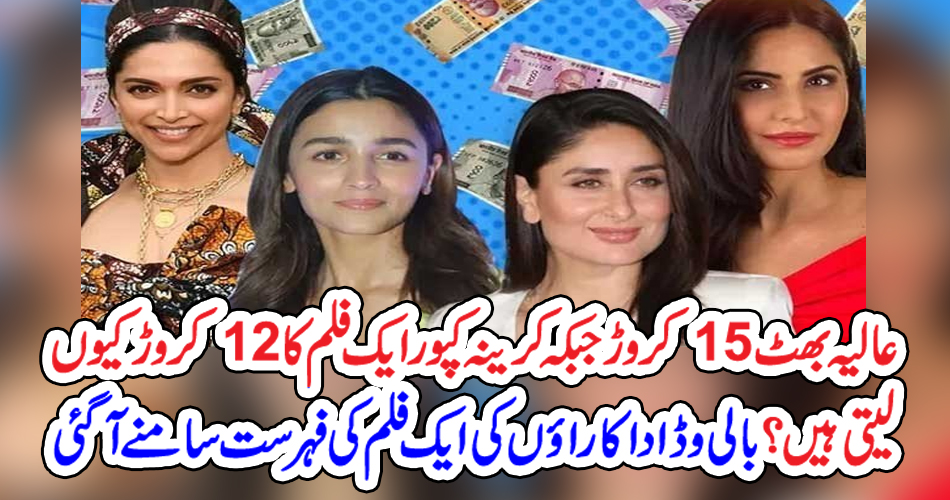 Mumbai (Newsdesk) Bollywood is one of the largest film industries in the world and for this reason, the artists here are also counted among the most influential and popular actors in the world. Remuneration for working in films is not in lakhs but in crores. Here are the actresses who rule Bollywood

Details of the compensation received are provided. Due to their popularity, Bollywood actors are paid millions, not millions, for working in films. Here are the details of the compensation received by the actresses who are ruling Bollywood. The actress who is in high demand in Bollywood at the moment is Deepika Padukone. Due to her fame, she is currently one of the highest paid actresses in Bollywood. Deepika Padukone gets paid Rs 150 million for working in a film. After Deepika Padukone, actress Alia Bhatt is the second most popular actress in Bollywood. She also gets Rs 150 million for working in a film. Bollywood Barbie dolls Katrina Kaif and Kareena Kapoor get Rs 120 million, Priyanka Chopra and Anushka Sharma get Rs 80 million, Shardha Kapoor gets Rs 70 million. Similarly, actress Tapsi Pinnu. Vidya Balan and Kirti Sanan get Rs 5 crore and Kiara Advani and Jacqueline Fernandes get Rs 250 million. The compensation is one and a half crore. 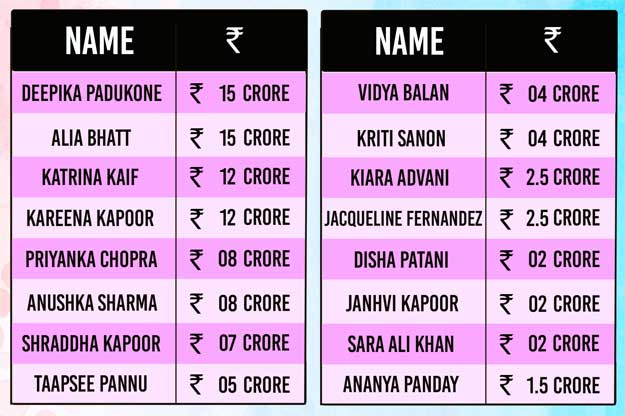 Like Loading...
previousCan such a husband be stopped? What ‘condition’ has Habiba Bukhari written in the marriage certificate? Incredible revelation
nextWhat did you learn from Fawad Khan? Actress Alia Bhatt told
%d bloggers like this: