It is difficult to recognize Lata Mangeshkar !!! Another video of the legendary singer’s last days has surfaced 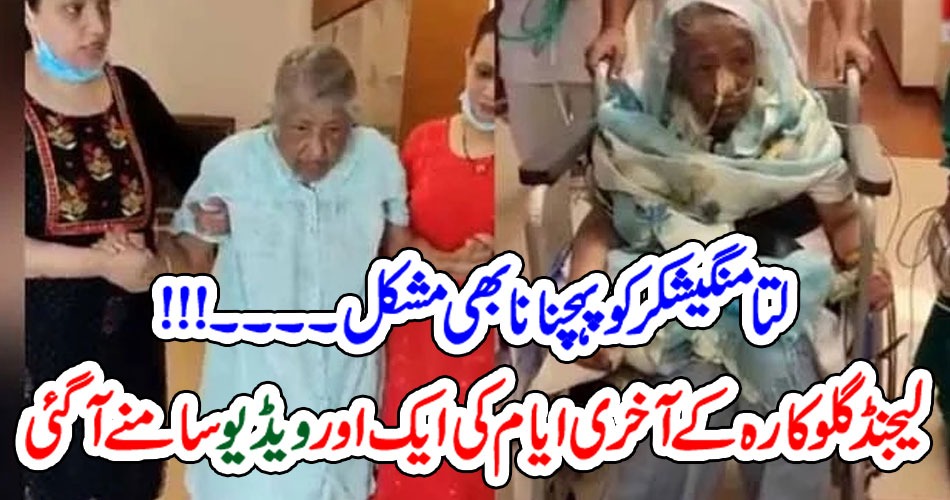 Lahore: (Web Desk) A video of an elderly woman has gone viral on social media these days, about which it has been claimed in Indian media that this video is of the last days of legendary singer Lata Mangeshkar. The video has gone viral on various showbiz platforms, with Lata Mangeshkar allegedly in a wheelchair. In the video, it can be seen that Lata Mangeshkar is in a very bad condition and has a tube in her nose. A woman in the video touches Lata’s legs while a man can be seen talking to her. Earlier, a video of Lata went viral in which she can be seen walking in hospital clothes and with the help of two women. Singer Lata Corona, 92, was believed to have contracted the virus and was admitted to a private hospital in Mumbai on January 9, but died on February 6.