Criticism of Ahmed Ali Butt became costly! Amir Liaquat issued a message that everyone is dead 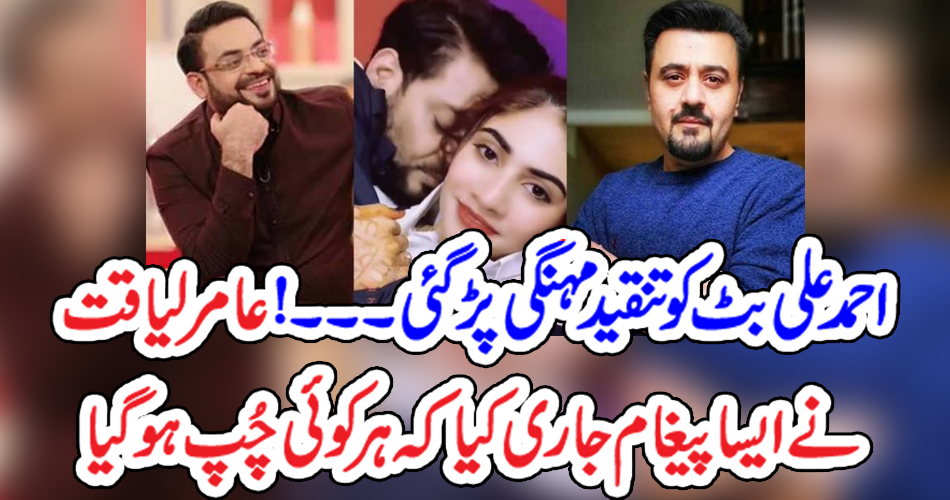 KARACHI: Pakistan Tehreek-e-Insaf (PTI) National Assembly member and well-known television personality Amir Liaquat along with his wife Dania have been criticized on viral videos after their third marriage. Meanwhile, actor Ahmed Ali Butt had also commented on these videos, to which Aamir Liaquat has now also reacted.

According to Aamir Liaqat, he shared a video from his official Instagram account in which he says, ‘Listen … Giving my brain a password, I have to install common sense. Listen to what Aamir Liaqat wrote while giving the title of the video! Listen to all the victims, including Ahmed Ali Butt !!! The marriage was announced and confirmed.