“Because of Imran Hashmi, I …” Pakistani actress Saadia Khan’s revelation that Pakistanis were stunned. 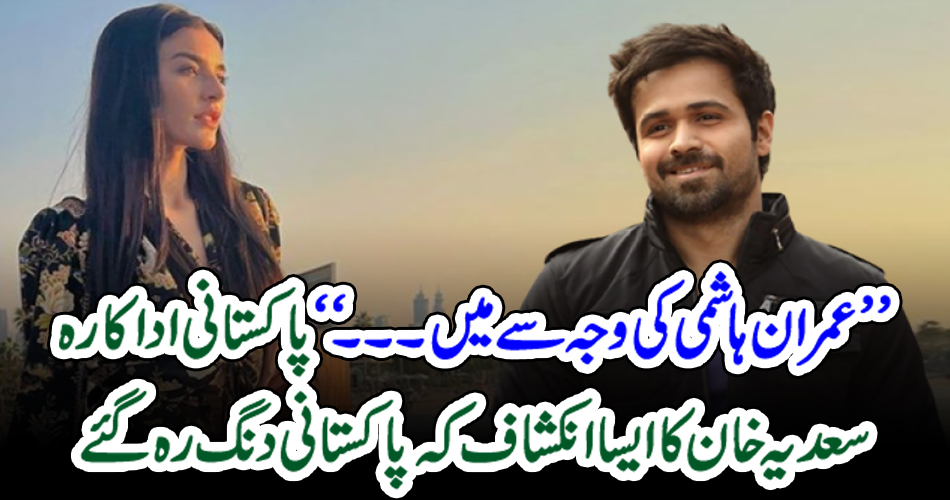 Lahore (Newsdesk) Pakistan’s beautiful and emerging actress and model Saadia Khan made a big revelation stating the reason for refusing to work in a Bollywood film. Recently Saadia Khan participated in a private TV program where she Refuses major project in India

During the program, when the host asked him, “You were offered a big project in Bollywood, I heard that you turned it down because of Imran Hashmi, is that true?” To which Saadia Khan replied, “Yes, I refused because of Imran Hashmi.” Earlier, while talking about him, he had said that he shoots quite bold scenes. Media users did not like the actress’ response, believing that she could have said that she refused because of the bold scenes, not Imran Hashmi because she is a good person and her professional life should not be targeted. It should be noted that actress Saadia Khan was well received and famous for her role in the hit drama serial Khuda and Mohabbat. Fans liked her immensely. His on-screen duo with Imran Abbas was well received.