What did Yasira Rizvi ask her husband for? You won’t believe it 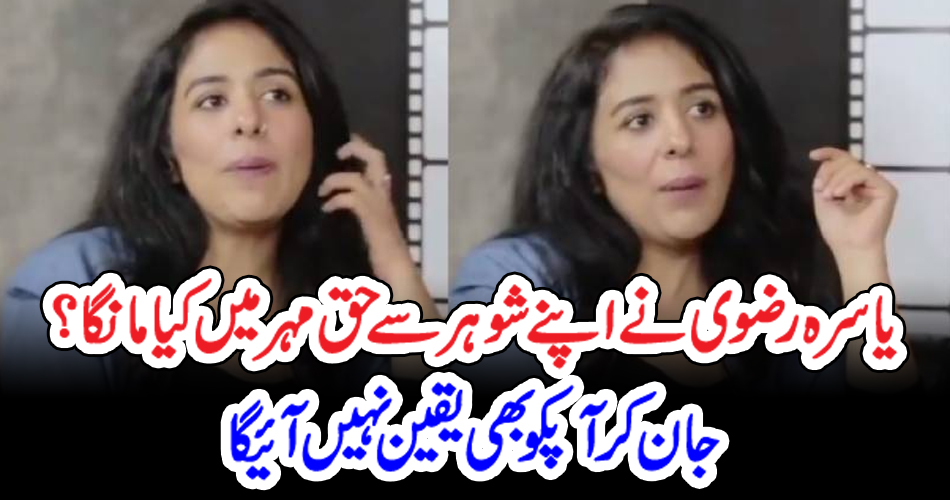 Karachi (Web Desk) What did actress Yasira Rizvi ask from her husband for Haq Mehr? After watching the video, you too will be compelled to pay tribute to the actress. According to the details, actress Yasira Rizvi does not need any introduction She is one of the leading actresses and best storyteller in the industry

She won acclaim for her outstanding performances in many dramas. He is second to none in the delivery of dialogues. His famous plays include Dunk and Dil Naamid. Very few people know that Yasira Rizvi is also a very good poet, but this is not the reason for her fame. Yasira Rizvi was once criticized for marrying a man ten years her junior but she did not pay attention to anyone and this beautiful couple is living a happy life with her son. Viral video on social media I ask the host of the program, “Did you ask your husband for Fajr prayer in Haq-e-Mehr?” How was your husband’s reaction to this? Yasira said that I did not ask my husband for money or anything else but asked for an attitude. A boy who has done MBA does not have any money, he only manages the money.