Khalil-ur-Rehman Qamar will not work in the drama even if he gets Rs 5 million. Why did the famous actress make this announcement? 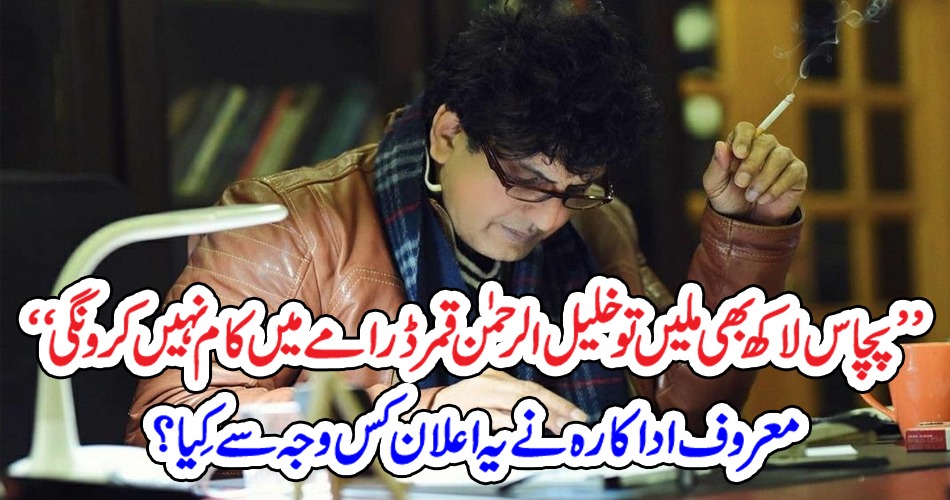 I attended ‘To Be Honest’ where he talked openly about his personal life including acting. Anusha Ashraf said that before the fall of Dhaka, his family lived in Bangladesh but still some of his relatives. He said that there are many people of Iranian descent like him living in Bangladesh. He also spoke on the controversy and said that the two were right in their respective places and there was no personal difference between them, just different opinions on the same issue. It should not be called ‘garbage’ and that is why he disagreed with Yasir Hussain, because he called Turkish actors garbage. Anusha Ashraf also praised Yasir Hussain and said that he has a good personality, he During the program, Anusha Ashraf said that she does not intend to get married immediately. She revealed that a few years ago, she was about to get married, but at the same time, she ended her relationship with her future husband. The actress did not explain why she ended her relationship with her potential spouse. And who was she? She said that she will not get married for at least the next two years and the good thing is that now even the family does not ask her when she is going to get married. Anusha Ashraf during the program He also revealed that Saba Qamar is getting married soon and he knows the future spouse of the actress. However, he did not elaborate further on Saba Qamar’s marriage and upcoming journey In response to a question, Anusha Ashraf said that she is not being offered good roles, so she is rarely seen on the screen. Even if Rs 5 million is offered to work in another project, she will not work in it.