Tobias was criticized for sharing the photo on social media, and the public reacted angrily 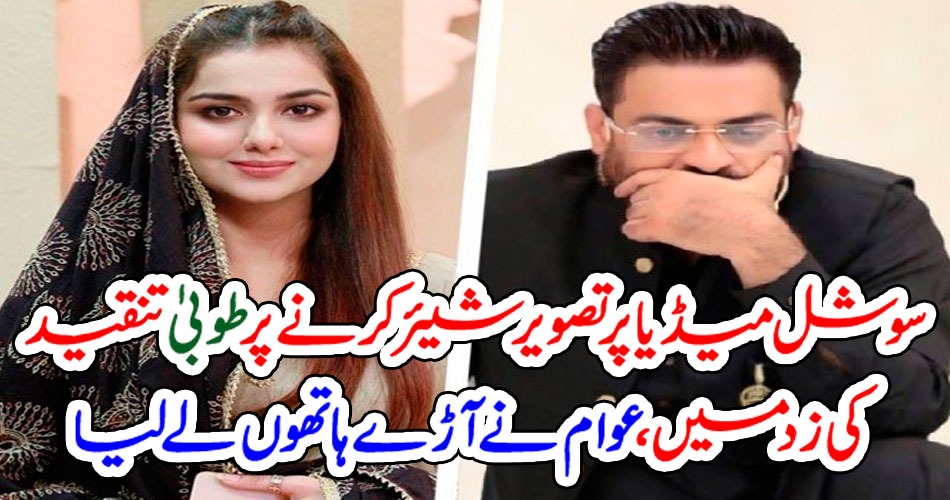 Karachi: (Web Desk) PTI National Assembly member Amir Liaqat’s ex-wife has been criticized for posting pictures on social media. Aamir Liaqat’s ex-wife Tobia Anwar shared a photo with her parents on social media and wrote that in the scorching sun of life, the shadow of parents protects us like a shadowy tree. Social media users criticized Tobia Anwar and said that Amir Liaqat and Bashari were also parents whose home was destroyed because of you. Some users said that you could not find this shade even when you were married to Amir Liaqat. Other users said that Tobia Anwar only wants to gain sympathy by sharing photos with her parents. He is as guilty as Amir Liaqat. Amir Liaquat had married Tobia Anwar for the second time. Tobia Anwar had divorced Amir Liaqat some time ago after which Amir Liaquat got married for the third time.

Like Loading...
previousAnoushey Ashraf Refuses To Work With Khalil Ur Rehman Even If Offered Rs5 Million
nextCousin marriage in dramas !! Actress Ushna Shah came on the field and made a big statement
%d bloggers like this: