“Why did you say bad manners?” Alize Shah taught Zarnish Khan a lesson 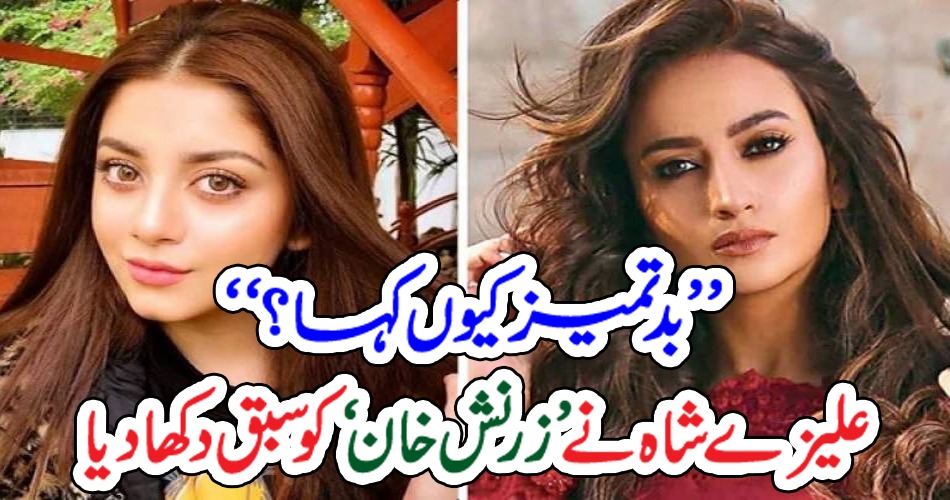 Karachi (Monitoring Desk) A short video clip of actress Zarnish Khan’s interview given to a TV channel is going viral on social media in which she says that if there is a contest of indecency then Alize Shah will go. According to details, the host in a TV interview with actress Zarnish Khan

Asked who would win if you had a contest to insult Aliza Shah? In reply, Zaranish Khan says, “I think Alize Shah will win the contest, no matter who he is.” In response to Zaranish, the host asks again, “Will Alizee win?” On which Zaranish says yes. “In this interview of Zaranish Khan, actress Aliza Shah shared an excerpt of renowned Islamic scholar Mufti Ismail Manek on her Instagram story without naming him.” Don’t expect people to say that you Will understand They will judge you and speak as if they know what you are going through but the fact is that they do not know anything about you because they are not in your place. So don’t be discouraged when you hear comments about yourself. God knows. Smile and move on. “