Why did Madhuri go to the theater wearing burqa? Interesting revelation of the actress 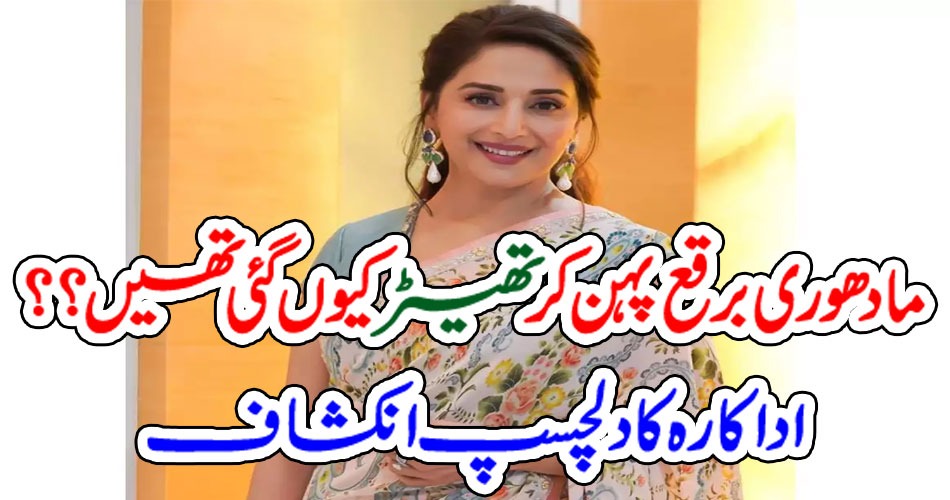 Mumbai: (Web Desk) Bollywood actress Hasina Madhuri Dixit has recently revealed that she wore a burqa in the theater to watch the super hit song ‘Ek Do Teen’. Madhuri Dixit was a guest on the popular Indian comedy show The Kapil Sharma Show to promote her new series ‘The Fame Game’. She was accompanied by actor Sanjay Kapoor who will play a major role in the series. The actress said that when one or two songs were released and hit the theaters, everyone told me that this song was a super hit and was becoming very popular, it was more fun to watch it on the big screen in the theater, so I decided That I too will go to the theater and see it. Madhuri said that while hiding her identity, I also reached the theater wearing burqa. As soon as the song started, we were sitting in the front row and people from behind started throwing coins towards the screen which were falling on us. ۔