Ranbir Kapoor finally saw the Taj Mahal but who was with Alia Bhatt instead? Surprising revelation 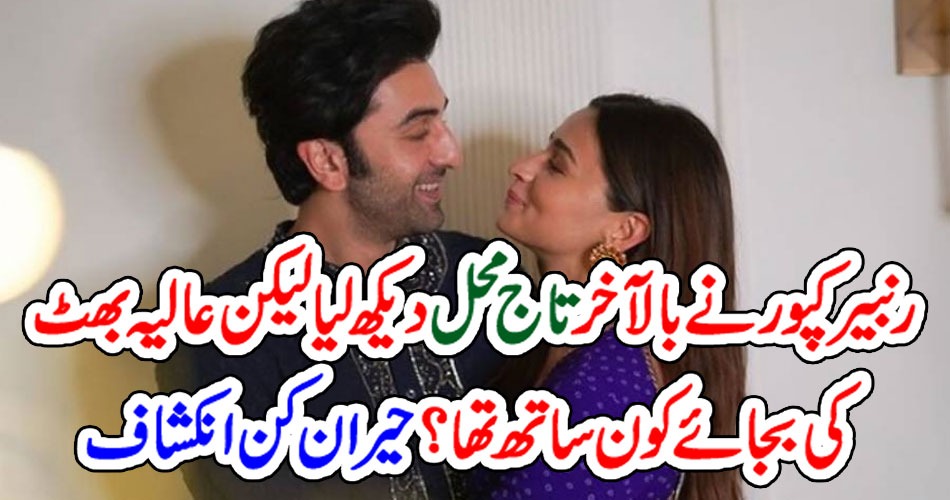 Mumbai (Web Desk) Bollywood’s chocolate hero Ranbir Kapoor saw the Taj Mahal for the first time but he could not see this beautiful scene with his girlfriend actress Alia Bhatt. Arjun Kapoor has shared a photo of himself on the photo and video sharing app Instagram. He shared this photo and tagged Alia Bhatt and wrote that ‘when the artist inside Ranbir Kapoor emerged inspired by Taj and me’. The caption of Arjun Kapoor’s post shows that this photo was taken by Ranbir Kapoor. Giving this, Arjun Kapoor wrote, “Yes, he has seen the Taj Mahal with me first instead of going with Alia.”