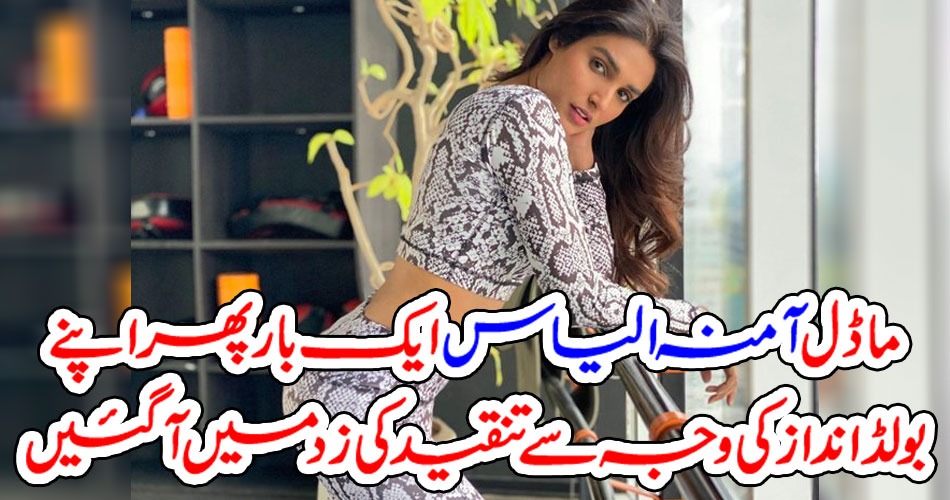 Karachi: (Web Desk) Pakistani model Amna Ilyas is often criticized because of her fashion and bold style and this time she became the target of criticism from social media users because of her photos. The model recently shared photos of a photo shoot on her social media account in which she is seen wearing a black dress and posing boldly. “If someone sends you a message in a state of intoxication, you should encourage them because they are thinking about you,” he wrote in the caption. When these pictures of him came out, the consumers took him by surprise. One user, Ali Zeb, wrote: “It means you are drunk, so I wait for your message.” Similarly, one user, Unhealthy Sound, wrote, “Don’t get drunk and make work normal.” Remember that model Amna Elias has been criticized for her statements before.