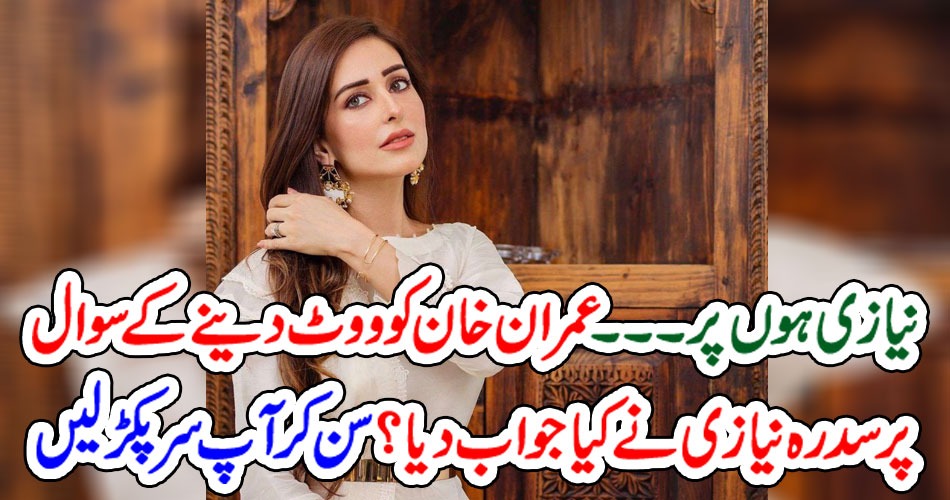 Lahore: (Web Desk) Actress Sedrah Niazi is hesitant about voting for Imran Khan in the upcoming elections. Sedrah Niazi along with actor Ali Abbas became the guests of Geo News program Jashan Cricket in which they discussed various issues including national situation and upcoming elections. During the program, the host asked Sedrah Niazi about voting for Imran Khan in the upcoming elections, to which the actress replied that she was Niazi but not devoid of common sense. He said that it is very sad to hear Imran Khan’s statements about women. Sedrah Niazi further said that if the Chief Minister of Punjab remained the Chief Minister of Punjab for some time, he would not spare any effort in making Punjab Sindh. During the program, the actress failed to defeat Amar Khan in the 500 race.

Like Loading...
previous“This is his father” Pakistani actors who are close relatives of Indian actors and very few people know this
nextDid Tobia’s marriage end or not? Amir Liaquat made an important revelation
%d bloggers like this: